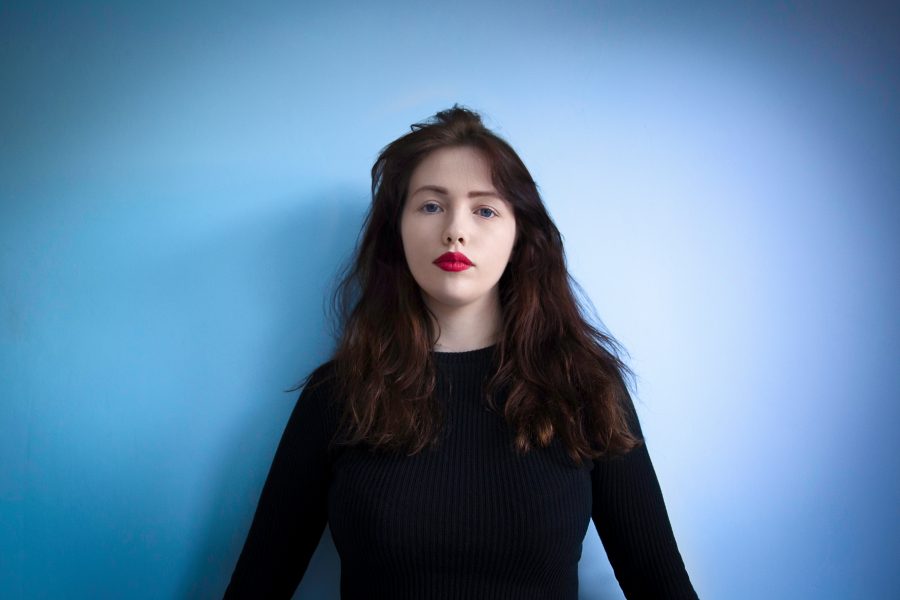 Eve Belle is a young singer, songwriter and chronicler of sorrows from deepest Donegal. Her songs and stories are imbued with an uncommon world-weariness seldom found in writers of such tender years.

In Eve Belle’s songs, someone is always leaving; or is about to be left. Her gaze is unblinking, she says: “I try to create emotional portraits of my own experiences through my lyrics. I think the best songs come from the most earnest emotions, so I try to put minimal filters between what I feel and what I say in the song.”

In 2016, One of Eve Belle’s early songs, the aptly-titled, achingly beautiful ‘Too Young To Feel This Old’ came to the attention of Irish independent label Rubyworks. Around the same time, her evocative cover of Coldplay’s ‘Violet Hill’ found favour with Chris Martin & Co., and was widely shared online.

On signing to Rubyworks, Eve worked with London-based producer Fred Cox, best known for his work with Billie Marten and Rag ‘N’ Bone Man, and Simon Aldred of Cherry Ghost and Birdy fame. The latest fruits of their studio labours is her new single ‘Best Intentions’.

Eve says of the song:  “Best Intentions is about being drawn to someone, but knowing the relationship is on very unstable foundations. It’s from the perspective of someone trying to step back from that feeling of infatuation before they’re too far gone, before logic goes out the window. It’s also kind of about struggling to find a balance between being overly cautious and impulsivity, wanting to protect yourself, but not wanting to limit yourself in the process”.

Drawing on influences as diverse as Julien Baker, Cigarettes After Sex and Conor Oberst, Eve Belle has recently played live in Ireland with Beth Orton, Wyvern Lingo and HamsandwicH and enjoyed festival appearances at Electric Picnic, Indiependence and Sea Sessions.

‘Best Intentions’ is available now on all good download and streaming services.