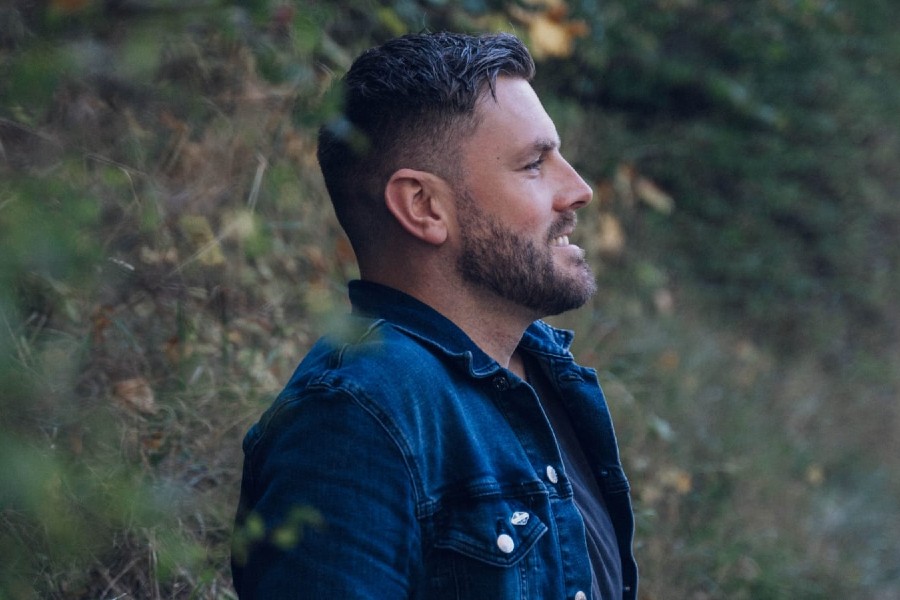 Singer/songwriter Fly the Nest has released a heartfelt ballad, ‘Be Mine’. With willful piano, acoustic guitar, strings, and an emotive vocal performance from Fly the Nest, the song is a wedding song in which one professes their unending love for another.

Fly the Nest says, “’Be Mine’ was a wedding present for my best mate. I wrote the song for his wedding and performed it at the reception. I also recorded it for them to make the gift something they could always look back on and remember the day.”

He goes on to say, “The song got an amazing reaction at the reception. I think a lot of people, and not just the newlyweds, could relate to the song: a profession and promise of love, of looking back at how far you’ve come but also forward to the future and growing old together. This made me decide to officially release the song.”

The song features sentiments such as, “As the seasons pass and beauty fades, my love for you will never change,” an ode to love remaining even without youth and beauty.

The song was recorded, mixed, and mastered in Cabin Space Studios with Gavin Doyle.

Dublin native Stephen Cooper started playing music at a young age, performing in various bands before starting solo project Fly the Nest, a name inspired by moving on from a previous musical journey and the adventures music has led him on. As well as writing and releasing his own music, Stephen also writes for sync, and says that writing for film and TV has opened up another facet of his creativity. Stephen now spends his time between Ireland and Denmark, and gigs regularly across Scandinavia. During lockdown, Stephen busked in apartment courtyards, setting up a busking system with some fellow musicians. He has also been focused on songwriting and recording.