Funzo album ‘The Great Lonesome’ set for May 17th launch 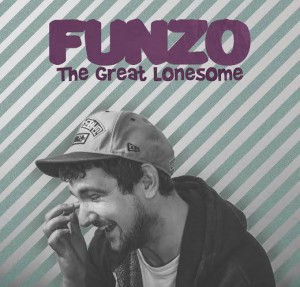 After playing hundreds of gigs including all the major festivals three years running, receiving airplay on the likes of RTE Radio One, Today FM and ‘Spin FM, and amassing over 250,000 YouTube hits on their music videos in the last two years, Funzo are finally ready to release their album!

Funzo, founded by singer and songwriter Liam McDermott, have performed over 250 gigs in Ireland since 2009, most notably, Ireland’s (and Europe’s) premiere music festivals; Oxegen, Electric Picnic and Hard Working Class Heroes. In 2013, Funzo’s music videos amassed over 250,000 views on Youtube. In 2008 and 2009, Funzo were invited to headline The Pogues’ Aftershow Party, where they were joined on stage by Shane MacGowan himself. In 2009, Funzo won their third national songwriting contest; Christmas FM’s ‘Search For A New Christmas Classic’, which resulted in mass national radio play and a live performance on TV3’s ‘Ireland AM’, the nation’s #1 morning programme.

In 2012, Funzo featured on and co-wrote hip-hop artist Nucent’s song ‘Do You Really Love Me?’, which received generous airtime on fm104, 98fm, and remained in Spin fm’s Top 30 Most Requested for three months running. The video for this track received 10,000 youtube hits in its first week.

Between 2009 and 2012, Funzo held monthly residencies in some of Dublin City”s hottest nightclubs, including Lillie’s Bordello, the Mercantile and the Thomas House.

Funzo’s debut single, ‘This Christmas’, was released in December 2010 and entered the Official Irish Charts as the highest independent entry on two consecutive weeks. As well as being a national radio hit in Ireland, the single received vast airplay in the US, being featured on radio stations in 25 different states. The song’s official video was directed by NBC’s Lydia Robertson.

Funzo have also received widespread airplay and live airtime in Ireland; on RTÉ 2FM, Today FM, Spin FM, Newstalk, FM 104 and Ireland’s most listened to radio station, RTÉ Radio 1. Funzo have caught the attention of the national print media too, resulting in a full-page feature in Ireland’s most popular music magazine, HotPress, as well as being deemed one of the ‘Picks Of Electric Picnic’ in The Irish Times in 2009.

FUNZO ALBUM ‘THE GREAT LONESOME’ TO BE LAUNCHED IN THE TWISTED PEPPER, SATURDAY MAY 17TH!

Special guests on the night will include collaborators Nucentz, Siyo & Nugget, as well as many more to be announced…€10 admission