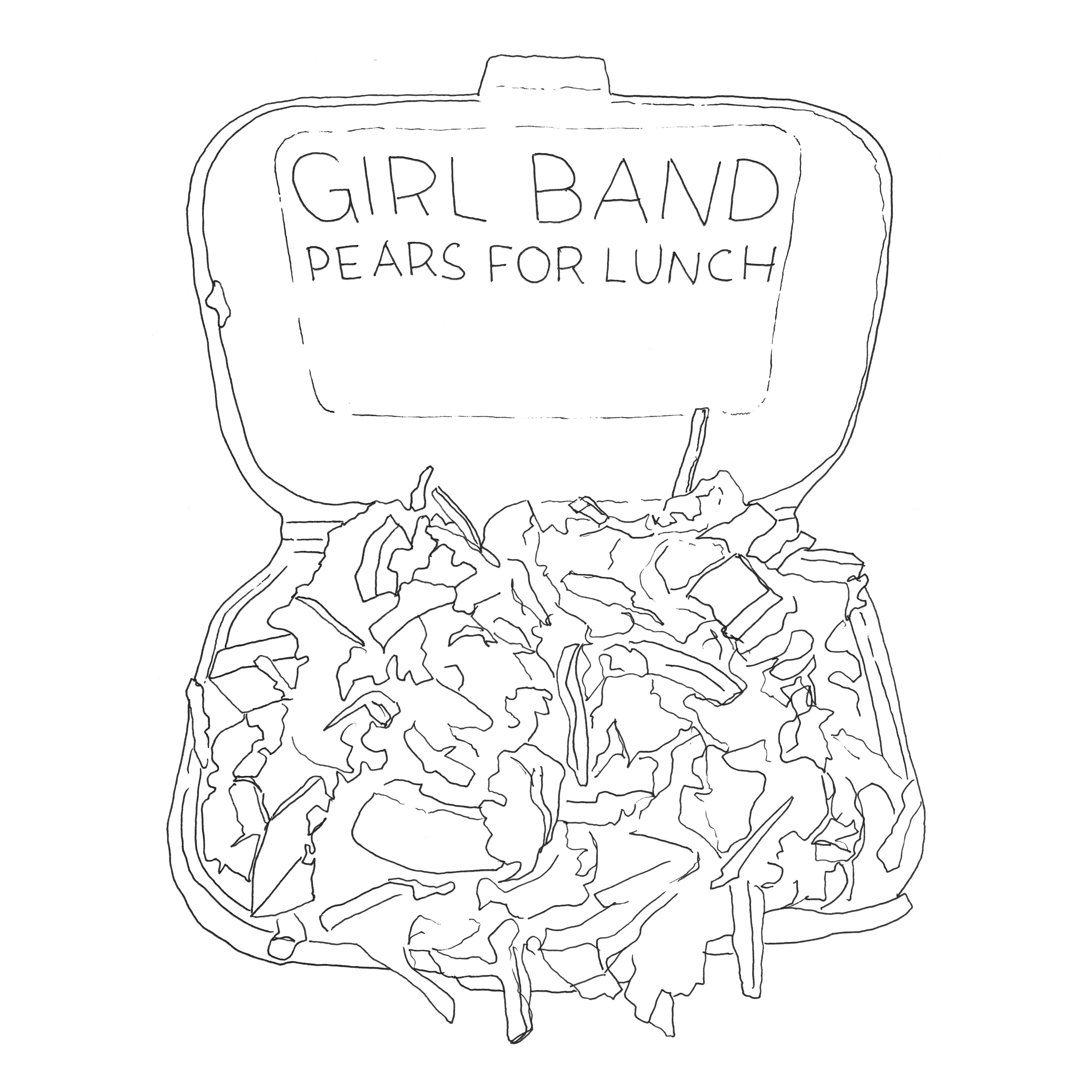 Today Girl Band have posted the official video for their new single “Pears For Lunch”.

The video was directed by Bob Gallagher, the man behind the Dublin four piece’s recent grizzly video for their eight-minute cover of Blawan’s “Why They Hide Their Bodies Under My Garage?” and “Paul”.  A limited edition 7” single, hand folded and numbered by the band themselves, is available to pre-order here http://smarturl.it/orderPearsForLunch ; featuring an etched b-side of drummer Adam’s head!

On the making of the “Pears For Lunch” video, Gallagher explains:

“In a way the Pears video continues a theme from Paul, the idea of wearing one face that is at odds to how you actually feel. In this case it’s more about aspiration towards a paradigm of self-improvement or fulfillment. There’s this idea that if you present an image of yourself that people buy into, you might actually become that person.

I think especially online we’ve become very sophisticated editors of our own lives. We document everything and then edit it into a digestible feed of the personality we want other people to think we have. We sort of curate ourselves for other people to observe. There’s an honesty to the song that’s very stark, and it’s a refreshing when most of the time we’re just presenting the best possible versions of ourselves to everyone around us.

I thought it would be funny to have a character who selectively expresses themselves through ads, and stock footage that are supposed to represent ideals, the perfect couple, body etc. Ads are so emotionally manipulative that I liked the idea that you could thread together all the phoney emotions to give a character some personality. He’s kind of liar in that regard, but so are the rest of us a lot of the time. ”

The single is available for fans to pre-order on 7” vinyl from today: http://smarturl.it/orderPearsForLunch

“Pears For Lunch” is taken from Girl Band’s debut album ‘Holding Hands with Jamie’, out on 25th September on Rough Trade. The release comes a few years into their tenure; a few years after their first tour; nine days crammed into a Fiat Panda; a few years of stamping 7” sleeves to sell at merch tables and mail-order; a few years of writing songs and touring and developing a live ferocity unmatched by nearly anyone. Recorded in April 2015, two days after returning home from their first-ever US tour, the nine tracks making up ‘Holding Hands with Jamie’ capture, more than any previous recordings, the tension and abrasive energy of a Girl Band performance.