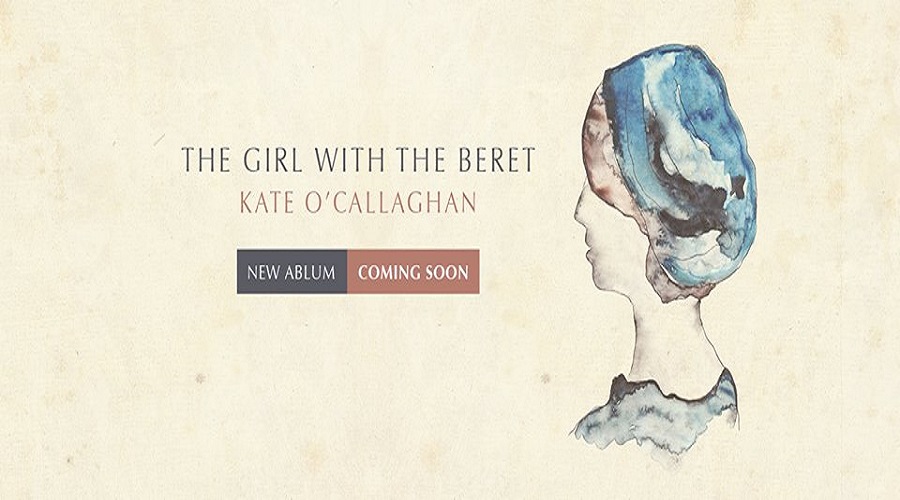 ‘The Girl With The Beret’, a new 1916 Concept Mini-Album from Donegal based Singer/songwriter Kate O’Callaghan.

Comprised of a series of songs and spoken word tracks, which flow seamlessly from one into the other, Kate O’Callaghan weaves the story of a young woman caught up in the 1916 Rising in Dublin.

A fusion of alternative folk, popular ballad and classical strings. It gives a unique insight into the perspective of an ordinary girl living at that time and what it meant, as a female, to be involved in the Rebellion.

Can pre-order on Bandcamp now at Bandcamp
Will be available on Bandcamp, iTunes & all major streaming sites from Release Date.

’The Girl with The Beret’ is inspired by my great-grandaunt Katie, otherwise known as Catherine Rooney (née Byrne). According to her witness statement, recorded with the Bureau of Military History (Ireland), she was the first woman to enter the GPO in Dublin on the day of the Rising on Easter Monday 1916. Having followed her brothers down O’Connell St., she kicked in a side window of the GPO and climbed in. She tended to the wounded, earning herself the title of ‘The Petticoat Heroine’ in the press in later years.

Katie also delivered several dispatches during the week, including one important note written by Joseph Plunkett and given to her by Pádraig Pearse. She concealed the note in her hair and brought it to the Four Courts. Katie describes running under fire and narrowly escaping death, when a bullet passed by her head leaving two holes in her beret. She also describes her family’s involvement in the War of Independence, in the years following the Rising. Their house, at 17 Nth Richmond St., was used as a secret HQ for a special squad called the ‘Guards of the Active Service Unit’. Firearms and ammunition were temporarily hidden in various secret places in the house, including the first Thompson gun smuggled into Ireland. Her Mother, Mrs Catherine Byrne (née Dowling), provided a safe house during this time, feeding and tending to the many men who were involved and needing a place to hide.

Kate O’Callaghan is a Donegal based singer/ songwriter who combines evocative melodies with intelligent considered lyrics. To date she has recorded & released an EP, debut Album, received National & International Radio Play and toured in Ireland, UK and the US.
On Easter Monday 2016 Kate was invited to take part in RTÉ’s ‘Reflecting the Rising’. She performed a sell-out concert in the Four Courts, Dublin and featured in a live broadcast show – ‘A Centenary Special’, presented by Keelin Shanley at the Royal Irish College of Surgeons, which focused on women in 1916 and the women of the Rising.