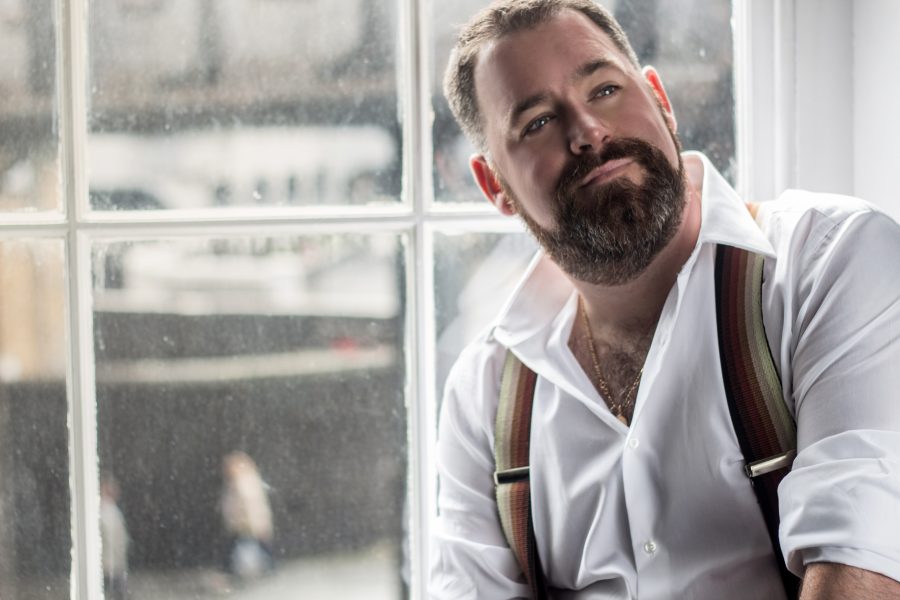 Graham J. releases a new mini album entitled ‘LOVE LIES BLEEDING AT MY FEET’ of all original songs, some of which have been written by him.   These are powerful songs that will touch our souls, make us angry, make us think and hopefully help to create change for the good.  It shows the many forms of music that influence him, opera, classical, jazz, pop, musical theatre and rock.

2017 has already gotten off to an exciting start for Graham J.  In early May Graham was approached by BBC 6 Music and BBC Merseyside to record his own version of Ian Prowse’s “Does This Train Stop on Merseyside”. This recording will feature as part of a new documentary about how Irish Artists have influenced musical life in Liverpool. Graham J’s performance will be featured alongside contributions from major musical artists including Elvis Costello, Christy Moore and Miles Hunt. The documentary is scheduled to air in the Autumn.

On Saturday 24th June Graham J travelled to London to headline a show at “The Saturday Sessions” in Notting Hill’s Mau Mau. On Sunday 25th June he travelled to Cambridge to perform two of his original songs and chat live on Sue Marchant’s “Big Night In” for BBC Cambridge.  One of the original songs Graham performed was “Always By Your Side” from his new album which was streamed live on Facebook: https://www.facebook.com/suembignightin/videos/10155479879018336/

He then hotfooted it over to Cambridge’s CB2 where he performed an acoustic set. DJ Justine Greene, a huge champion of Graham’s music, has invited Graham to return to her show Sunday Breakfast on BBC Coventry Warwickshire on Sunday 30th July to perform five of his new original songs which will also be filmed for streaming on BBC iPlayer.

Experience the live sound of this incredible artist and you won’t be disappointed:  This autumn Graham J and the Cabaret Noir will begin an exciting monthly residency at Dublin’s The Grand Social. Join them on the last Thursday of every month beginning on Thursday, 28th September 2017. These unique evenings will be used to showcase Graham J’s distinctive and ever evolving voice as a singer/songwriter.  Graham will also be joined by numerous special guests.

Graham J. is fast gaining an international reputation as one of the finest singer/songwriters of his generation. Acclaimed for his highly emotional interpretations, outstanding and unique vocals and his eclectic mix of repertoire. His music is being played on stations throughout the UK, USA and Canada. Graham’s first album “Wild Is” received much acclaim with four and five star reviews from magazines such as Maverick Magazine and Blues Matters.

Graham J is that unique and mythical artist who is vocally at ease in every genre from Opera, Jazz, musical theatre, pop to electronic dance music.   His new mini album ‘LOVE LIES BLEEDING AT MY FEET’, is a unique collection of all original songs which highlight Graham’s many artistic influences including such luminaries as Anohni, Bowie, Brel and Stigers.