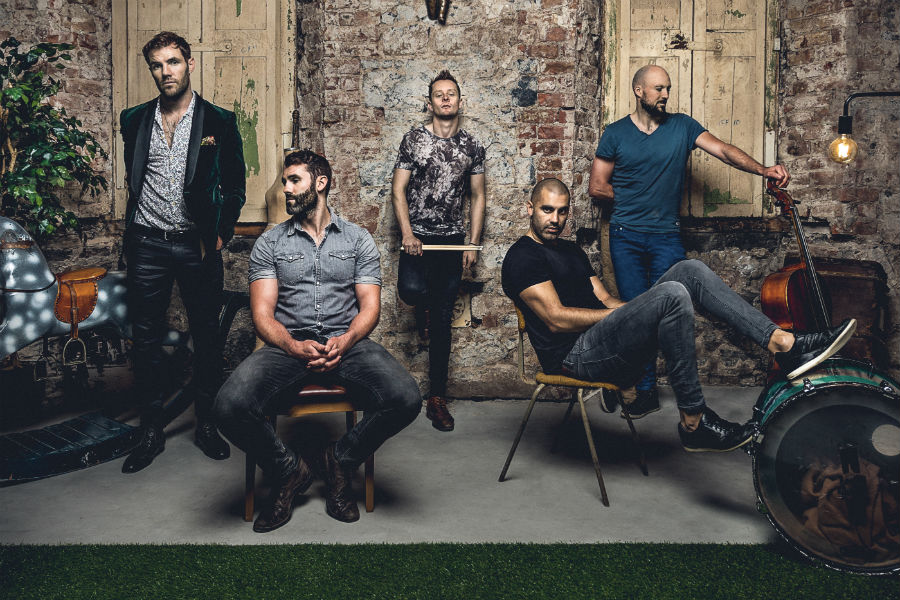 Hermitage Green have released the brand new video for their single ‘Heaven’, which is out now across all streaming platforms and digital formats. The single is about wrenching the idea of an afterlife into the everyday and at its core explores how Heaven or Hell can be within your reach, depending on how you choose to live your life. It follows the release of their most recent EP ‘Gold & Rust’ and their touching cover of ‘Dreams’, a tribute to The Cranberries and the late Dolores O’Riordan which garnered worldwide applause. “Hermitage Green wowed Electric Picnic with a spine tingling cover version of The Cranberries’ ‘Dreams’,” exclaimed Limerick Leader.

“We wanted to create a parallel universe where some of the everyday social constructs we take for granted don’t exist. Instead, this world has a totally different set of norms.”

In March of this year Hermitage Green announced their first Irish show for 2019 will be on 27 July at Limerick’s King John’s Castle. Due to high demand and the 27 July show selling out a second show has been added on 26 July. Tickets are on sale now and are expected to go fast.

Having just returned to Ireland from selling out their inaugural 9-show theatre tour across Canada, the past year has seen Hermitage Green filling concert halls around the globe. This includes a sold-out tour of Doha, Qatar, Dubai, United Arab Emirates as well as Sydney, Perth, Melbourne, Australia. Closer to home highlights include a sold-out King John’s Castle last June, entertaining thousands of fans at Electric Picnic and a sold-out winter tour across Ireland. A busy few months awaits, with Hermitage Green embarking on a series of festival appearances across Ireland in June 2019 ahead of their upcoming North American Tour.