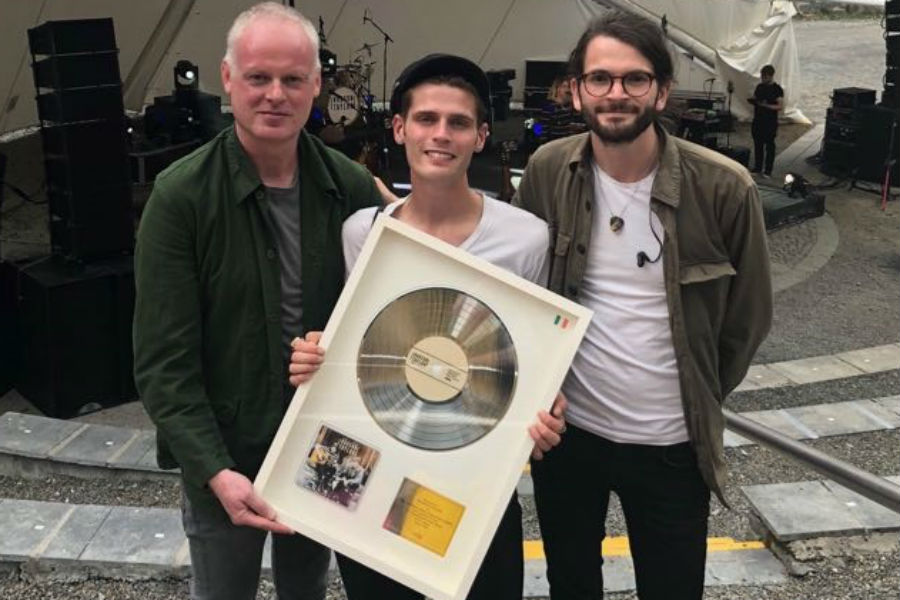 In recognition of their Independent number one EP ‘Feel It Again’, IMRO presented Hudson Taylor with an IMRO Award ahead of their performance at Ballykeefe Amphitheatre in Kilkenny on Saturday 18th August.

2018 is treating brothers Harry and Alfie Hudson Taylor very well. Back in January, Hudson Taylor’s UK and European tour was a sellout, and the brothers went on to complete their first US tour in the spring. While in America they also made their US TV debuts on WGN in Chicago and Good Day New York on Fox, as well as key sessions for Paste, Baeble Music in NYC and Balcony TV in LA.

Hudson Taylor’s debut EP for Rubyworks charted at number one in the Irish independent album charts, and their profile on streaming keeps going from strength to strength, with both ‘Run With Me’ and ‘Old Soul’ enjoying in excess of one million plays each on Spotify, with support peaking at one million monthly listeners. ‘Run With Me’ was their second Irish airplay Top 10 success following on from ‘Feel It Again’.

The duo have had a busy summer of festival appearances in both Ireland and further afield, with the remainder of 2018 full of live performances in Ireland, the UK, Europe and appearances as special guests to Hozier on his American tour.