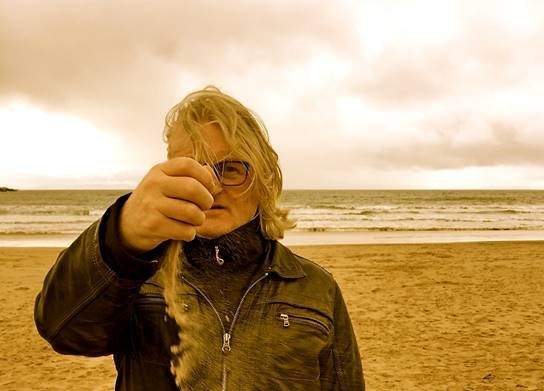 Music producer Stephen Dunwoody explains just some of the very real benefits of becoming a member of IMRO.

“I have never made much money from my music. I have never tried to. To me it is a gift, a joy and simply a way of life. Six months ago I made a decision that totally changed the way I view music, and now suddenly I find I have real earning potential.

For over 25 years I have written, played and recorded my compositions; from early cassettes to four track, reel to reel and now with my current home multitrack studio. Performing for years on the pub and club circuit I could slip in the odd original piece of music, perhaps two songs during the customary two hour set. I released my first album in 1995, trotting out another every five years ago. I used them to promote me; in other words, I sent them off to promoters to get real paying gigs. They were nothing more than a loss leader for me, a jobbing musician with a young family to support.

On advice from a friend, I took the step of registering my songs with the Irish Musicians’ Rights Organisation IMRO. Having been a long time member, I used to baulk at the seemingly impossible mass of paperwork giving myself the reasonable excuse ‘it’s not worth the hassle’. However it can all be done now online.

IMRO say: ‘We make it possible for businesses to tap into the many commercial benefits of using music and ensure that the creators of this music are rightly rewarded for the public use of their work’.

So what’s not to like about that? And another thing – there is no fee for IMRO membership for either writer or publisher applicants. With a new album ‘Trouble in Mind’ due for release I plunged ahead, also signing up with CD Baby who, for a one off payment, take care of Digital distribution on iTunes, Apple Music, Spotify, Amazon, Google Play, Tidal, Deezer, and dozens more.  There are other ways and companies that do this, but this one suited my needs.

Last month I received my first royalty check from IMRO. It’s never going to break the bank but it was the most thrilling real cash I have ever earned. It validates what I do. Someone somewhere is playing my song; it might be in an elevator in Hong Kong or a restaurant in Estonia, who knows.

Interestingly it was my composition ‘Miami’ that seems to have garnered the most interest and revenue. Maybe over time I’ll find out just why.

So, barely a year after my last album, I have just mixed and mastered my latest (yes this is real Beatles productivity) called ‘Blue Promenade’. Some blues and some good old fashioned soft rock.
I just hope somebody keeps pressing that elevator button.”

In 2015, Stephen was voted Number One in the VTYO world music video charts. He eventually rose to number 4 in the overall chart for his live recording of Nina Simone’s ‘Nobody’s Fault’.
His song and video ‘Miami’ has been featured in NME and reached number one in the VTYO charts in 2016. Stephen’s new album Blue Promenade is due out in May this year.