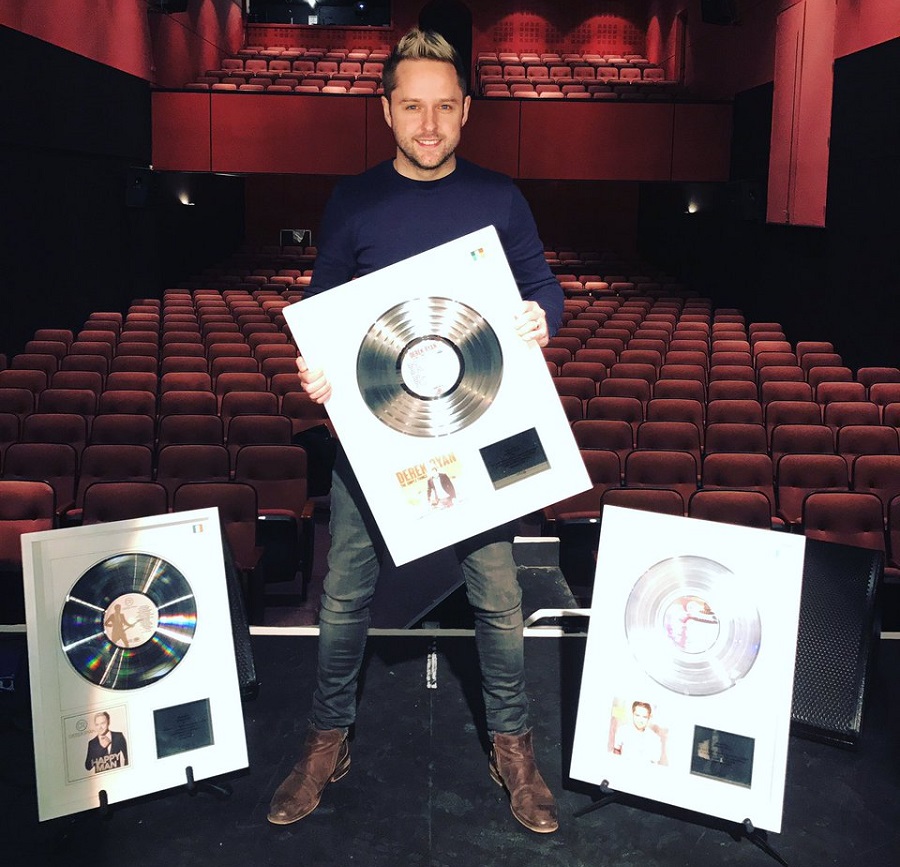 IMRO were happy to present Derek Ryan with three awards in recognition for his number one albums “Happy Man”, “The Simple Things” and “One Good Night”. The awards were presented by IMRO’s Keith Johnson before Derek’s show at the Dean Crowe Theatre and Arts Centre, Athlone.

From the age of twelve Irish Country Music superstar Derek Ryan had showbiz aspirations in his DNA. From his first foray into the music scene performing regularly at socials with his brother Adrian as the Ryan Brothers right through to a pop career with an international band he has now become one of today’s biggest Irish Country artists.

Although his early exposure to the live scene was modest, not even he could have predicted what lay ahead – a career that many can only dream about standing in front of the dressing room mirror strumming a beaten-up acoustic guitar.

Having grown up in Garyhill near Carlow town in Ireland, Derek was bred into loving Irish traditional music by his family, attending fleadh ceoils on a regular basis with his Father. It was not long before Derek was himself a winner, picking up two all-Ireland titles in both bodhran and ceili drumming.

As a solo artist Derek has won countless accolades including Entertainer Of The Year, Album Of The Year, Best Live Performer and awards recognising his songwriting abilities at the Sunday World and Irish Country Music Awards. He has toured Ireland, the UK and as far afield as Australia as well as working with Nashville producing ‘royalty’, Jeff Balding whose studio credits include Don Henley, Dolly Parton and Shania Twain.  He collaborated too with a top notch team of musicians who play for superstars such as Keith Urban, Carrie Underwood and Lady Antebellum.