Handprint is an exciting recital programme by Irish pianist Therese Fahy, born of the realisation that much 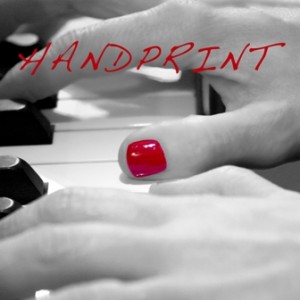 contemporary piano music seems to be composed for pianists with large hands, to the exclusion of many female pianists. Therese has commissioned six major Irish composers to write new works for her, enriching the musical landscape by enhancing the piano repertoire with a highly innovative collection of piano pieces, the Handprint Collection, specifically designed for smaller hands – something which has never been done before.

The six commissioned works, by Irish composers Bill Whelan, Raymond Deane, Siobhán Cleary, Benjamin Dwyer, Grainne Mulvey and Michael Holohan, will receive their world premieres at a recital as part of the New Music Dublin Festival on Saturday 8 March. Ahead of this, Fahy and the composers will showcase elements of the new works in a series of public workshops in association with the Contemporary Music Centre, in which they will discuss the background and creative process from composition and pianistic points of view.

“Thérese Fahy is an established concert pianist both at home and abroad who has consistently supported Irish new music both as performer and as audience member. CMC welcomes this new project to actively engage with Irish composers to commission six new works, which develop repertoire for quite specific performers. CMC in partnership with Thérese and the composers commissioned, will host a series of workshops targeted at young composers and performers (open to the general public also) focusing on the creation of the new works and the artistic and technical challenges both to the composers and to Thérese. The Handprint workshops and performances create a rare opportunity for Irish audiences to immerse themselves in new and vibrant Irish piano music performed with commitment and respect by one of our foremost pianists.” – Evonne Ferguson, CMC

As well as workshops and premieres, the project will continue at the Hugh Lane Gallery with Handprint – Before and Beyond, a three-part concert series that will explore not only the commissioned music, but the repertoire that inspired it. Each recital will feature the work of two of the composers, alongside pieces chosen by each to shine a light on their own music – pieces that influenced them, move them or inspire them, including pieces by Debussy, Schoeberg, Ravel, Scarlatti, Messiaen and Scriabin. By marrying the old and new, contemporary and non-contemporary masterpieces can thrive together in performance, and that the new pieces, seen in this light, among the shining gems of the past, will be launched into the standard piano repertoire of the future.

“As a small-handed concert pianist, I have found that much contemporary music seems to be designed for large hands. Handprint is an exciting, challenging collection of newly-commissioned pieces written for my hands by six wonderfully diverse, major Irish composers: Raymond Deane, Bill Whelan, Siobhan Cleary, Grainne Mulvey, Michael Holohan and Benjamin Dwyer. I am very much looking forward to performing the world première recital of the Handprint Collection at New Music Dublin in March, 2014.”  -Therese Fahy

Siobhán Cleary – Leda and the Swan

Handprint – Before and Beyond, Hugh Lane Gallery (Programme TBC)