Irish Acts Ready To Take On Europe at Eurosonic Noorderslag 2012 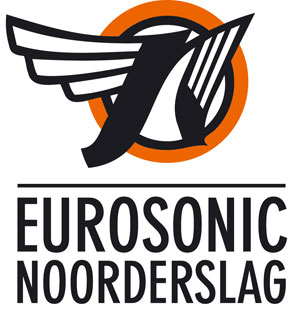 The focus on Ireland during the 26th edition of Eurosonic Noorderslag will feature 21 Irish acts, including promising new artists such as Wallis Bird, God is an Astronaut, Cashier No9., We Cut Corners, amongst others. Each year, the European music conference and showcase festival highlights one European country with a flourishing musical climate. In previous editions focus countries have been France, Germany, Italy, Sweden, Belgium, Norway and The Netherlands.

As part of the focus, subjects important for the Irish market, will be highlighted during the four day conference. Several panels will feature Irish managers, Irish festival and radio representatives and Irish music journalists, who will share their knowledge on the Irish market and relations with other European countries. In addition there will be an Irish networking reception bringing together European live music professionals and Irish representatives.
Furthermore, the Irish singer/songwriter James Vincent McMorrow has been announced as a winner of an European Border Breaker Award for the success of his album Early in the Morning. McMorrow and the nine other winners will receive their awards in a televised ceremony hosted by TV personality and musician Jools Holland at Eurosonic Noorderslag, on 11th January 2012. The ceremony – including performances by most of the winning acts – will be broadcast by Dutch National Television (NOS/NTR) and will also receive European coverage through TV channels and radio stations.
Peter Smidt, Creative Director of Eurosonic Noorderslag, explains the festival's choice for Ireland:
"Ireland has a long and strong music tradition and has been influential to modern rock, punk and pop music. Ireland and RTE 2fm, in particular, have brought many great artists to Eurosonic Noorderslag from the start. Lots of Irish artists are making great music and are very successful worldwide. Enough reasons to put the focus on Ireland in 2012 at Eurosonic Noorderslag."
For updated information on the Irish acts selected for Eurosonic Noorderslag 2012 visit www.musicfromireland.org
Latest News
ADD TO MQ