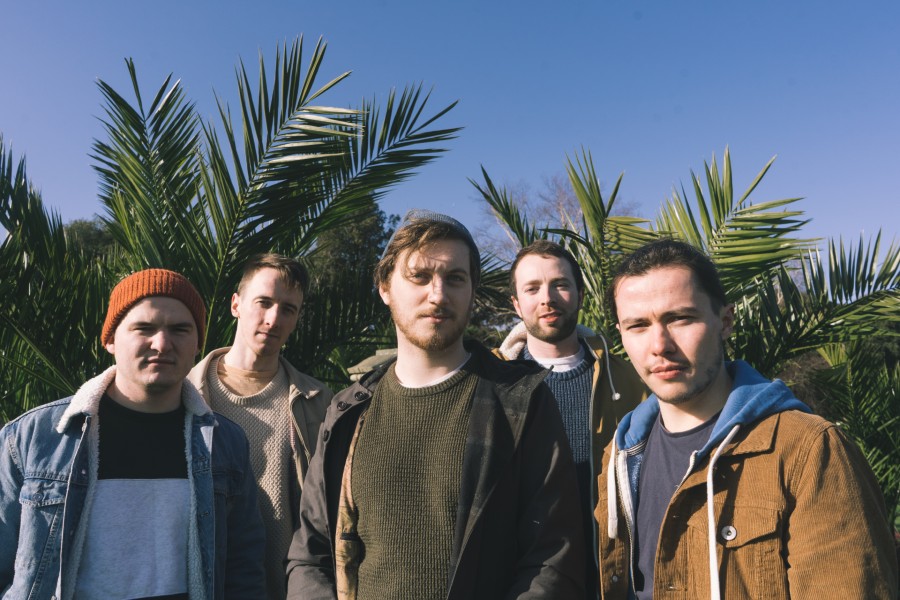 Following the release of singles ‘Ivy Honey’ and ‘Bright Windows In The Night’, Dublin five-piece indie rock band, INSIDEAWAVE release their self titled debut EP with lead single ‘Tour Guides’ on vinyl and across all streaming platforms on August 21st.

INSIDEAWAVE are a five-piece indie rock band based in Dublin. Since forming in 2017, their work has drawn influence from the likes of Grizzly Bear, Beach House, Villagers and Bell X1. Utilizing elements of bright grizzly guitars, strong vocal harmonies and dashes of drum machines to create their dreamy soundscapes, INSIDEAWAVE have received a positive response to their single catalogue nationally. Recently selected to play Ireland Music Week, it’s shaping up to be a prolific year for the indie five-piece

Following their win of Nova Discovered 2018, a competition run by Radio Nova aimed at finding the best in Irish unsigned music, consistent touring has seen INSIDEAWAVE broadening their audience with appearances on Spotify editorial playlist ‘An Alternative Éire’ and recently added to
playlists from GoldenPlec, This is Galway and First Music Contact.

To date, the band have amassed over 15,000 streams on Spotify, with ‘Ivy Honey’ having achieved 4,000 streams in 2 months.
Their mid-tempo, heartening indie vibes have led them to performing extensively in premier music venues in Ireland such as Whelan’s and The Grand Social, The Bello Bar, Workman’s Club, The Wiley Fox, Bruxelle’s, Tramline, Spirit Store and many more.

The band have also achieved press coverage with the likes of Hotpress, JOE.ie, Golden Plec, the Revue, RUE X Magazine and American Pancake.

Festival appearances include Forbidden Fruit 2019, Whelan’s Ones to Watch 2019/2020 as well as support slots with Aslan and Mick Pryo.

‘Tour Guides’ was written after travel in Central and South America. The driving distorted bass line, and powerful percussion are interwoven with segments of raw, traditional instruments that were picked up along on the excursion. The lyrics are reflections on biodiversity and wildlife, mixed with fond memories of exploration.

INSIDEAWAVE’s self titled debut EP is a collection of three songs that were written, recorded, mixed and produced by the band in 2019/20. The EP explores themes of nature, relationships and travel and is a snapshot in time of the band’s experiences of these themes when travelling both abroad and at home. This brought an interest within the band around biodiversity and the fostering and protecting of native species of flora and fauna. A limited edition of their debut EP will be released on 12″ vinyl and will include a pack of native Irish wildflower seeds as well as a double sided lyric and artwork pullout. This EP is also available to stream and download across all platforms from August 21st.