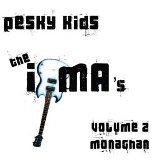 Youth Work Ireland and Garageland in association with City of Dublin Youth Services Board and Youth Action Northern Ireland, are delighted to announce the Irish Youth Music Awards 2011 (IYMA’s). The initiative was founded in 2007 with the aim of promoting and encouraging the collaborative work of young musicians aged between 12 and 19 years from across Ireland.

Engaging with over 15,000 young people from twenty-two regions across Ireland, the IYMA’s core aim is to give young musicians and those interested in working in the music business, the opportunity to develop their creative and collaborative skills and access the knowledge and advice of some of Ireland’s most respected music industry professionals. The end goal of the twenty-two competing regions is to win The Irish Youth Music Award 2011.

Each youth club region from across Ireland is currently inviting bands and solo artists to join their local IYMAs team. Young people in each region will select a band or act to represent them at the IYMA’s in Dublin on May 8th, 2011.

In the run up to the IYMA’s, each region will form a ‘management team’, who will work to promote their band or act before they compete at the Dublin finals. Team members will be responsible for all aspects of promotion of their chosen act, from photography to publicity, staging to lighting, sound to styling. This all-inclusive element of the IYMA’s promotes confidence, self-esteem and an understanding of the benefits of teamwork amongst the young participants.

The Irish Youth Music Awards 2011 will take place at Liberty Hall, Dublin on Sunday May 8th, 2011. Along with a specially commissioned award, the successful group and their management team will also win the opportunity for themselves and the bands from their region to record an album of their songs, recorded and mixed by some of Ireland’s top producers and engineers.

The IYMAs has fast become a massively popular programme for young people interested in music, journalism, photography and all related activities.

Those wishing to enter the IYMA’s should contact their local YWI, YANI or CDYSB office.