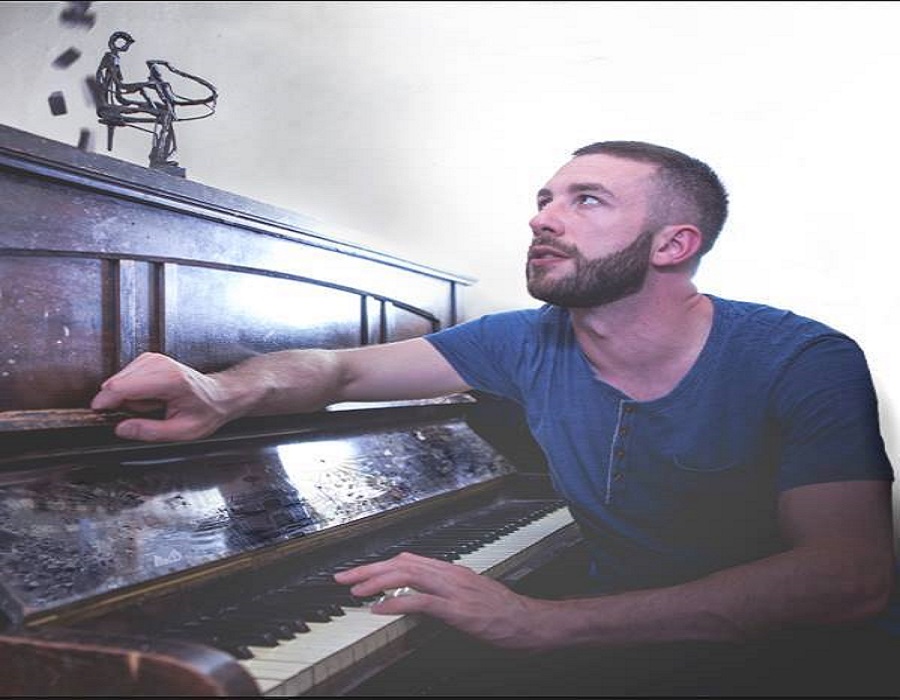 Jack O’Rourke is set to release his debut album ‘Dreamcatcher’ on September 23rd. ‘Dreamcatcher’ is the culmination of years of hard work from Jack – writing, gigging and perfecting his craft. Since the release of last year’s critically acclaimed EP, “The Other Side of Now”, Jack has won a myriad of awards for his finely crafted song writing. Produced by Christian Best (Mick Flannery, O Emperor), Jack’s piano based songs, with a nod to influences as varied as Tom Waits, David Byrne, Rufus Wainwright and Emmylou Harris convey a unique insightful musical voice, accompanied by a stellar cast of musicians. O’ Rourke’s warm baritone and ethereal falsetto, piano playing, melodic flair and insightful lyrics shine throughout this collection.

The album begins with ‘Nostalgia’, a ballad touching on youth, love and reminiscence, before the energetic ‘Naivety’ kicks off, showcasing another side of O’Rourke. The title track ‘Dreamcatcher’ is another vigorous song offering advice about life to the next generation, all the while accompanied by funky Motown beats and swirling strings.

The pace calms again for the award winning ballad ‘Silence’ which helped Jack make his mark on the Irish music scene having being adopted by Amnesty International for their campaign for a ‘Yes’ vote in the Marriage Referendum. Opening with the line,”the boy asked for kitchen toys from Santa Claus”, “Silence” is a deeply personal song with universal appeal. This haunting tone continues with the beautiful ‘I’ll Forget You In The Morning’, a finalist in The International Songwriting Competition’s Folk and Americana Category. ‘Iggy’ changes up the pace again with a refreshingly discordant song that’s almost Bowie-esque.

‘Shining For You’ is a bluesy torch standard filled with subtle brass, trip hop beats and a monster chorus that’s evocative of old film-noir detective stories. ‘On The Downlow’, a forthcoming single release, brings the pace of the album back to a galloping drumbeat and infectious melody, accompanied by lyrics reflecting a poisonous relationship. The pace calms again for ‘Corner Boy’, a dreamy ballad with glistening piano and Danny Elfman chorale and clarinets.

‘Bowled Over’ is a rock-song through and through, which begs comparison to David Bowie and Muse. The album finishes up with the gorgeous personal suite ‘Small Stuff’ featuring Jack’s layered vocals over piano, clarinet and cello, before the instrumental finale to the album ‘Settle for me’.

Fellow Cork man, Philip King praised the album’s poetic references to the winding streets, steps and steeples of Shandon and The Mardyke, yet despite the personal and local sense of place, “Dreamcatcher’s” sentiment, narrative and musicality has national and international appeal.

This year, Jack has realized a number of milestone achievements. Having played at Electric Picnic, he’s already graced the main stage at Indiependence, was featured on the new Frank & Walters album alongside Cillian Murphy, and his song Silence won the International Songwriting Competition Lyrics Category, with judges including Tom Waits and Bill Withers. Other highlights for Jack include performing his Amnesty International endorsed anthem ‘Silence’ on the Late Late Show and appearing as the special guest for the likes of Joan Armatrading, Sinead O’Connor, The Staves and Declan O’Rourke. Jack’s music videos have engaged many thousands of viewers/listeners on Youtube. His singles have been playlisted on national radio to date and Jack looks forward to releasing more unique songs from this honest and captivating debut, “Dreamcatcher”.

“Jack O’ Rourke’s music has a grace and a glory to it that will stop you in your tracks and make you forget where you were going! Beautiful honest songwriting delivered with a transporting musicality that will take you there… wherever you are going!’
Fiachna O’Braonáin, RTE Radio 1

“A gifted story-teller and skilled songwriter, he splices tear-stained balladry together with bruised blues and alt pop, all topped with his gnarled baritone.”
Hotpress, July 2015

” Cork singer with oodles of soul, blues and jazz, all wrapped up with a striking modern pop bow”
Jim Carroll, The Irish Times

You can buy Jack’s album ‘Dreamcatcher’ through Golden Discs, Tower Records and his website