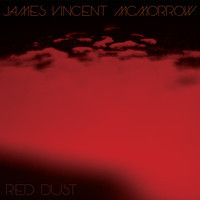 ‘Red Dust’ is the second installment from director Aoife McArdle’s trilogy to accompany the release of ‘Post Tropical’.  The first video from the trilogy is the current single ‘Cavalier’ which has been making major waves in the UK and proving a firm favourite with revered Radio 1 and Radio 6 DJs including Fearne Cotton, Annie Mac and Zane Lowe who described ‘Cavalier’ as “one of the best records of the year, hands down”. Post Tropical’ is set for release in Ireland on 10th January.

It was also announced today that tickets for James Vincent McMorrow’s third and final concert (February 6th) in the National Concert Hall have now sold out. James’ show at the prestigious Barbican Centre as part of his UK tour is also sold out.