THE JAPANESE POPSTARS ARE READY TO DESTROY 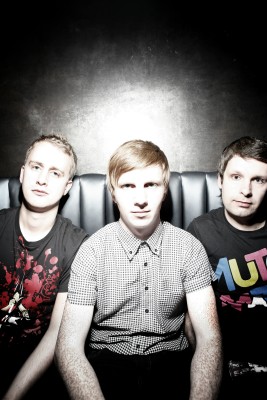 The Japanese Popstars, a trio from Northern Ireland who have been spent the last 18 months touring the world and winning huge numbers of fans to their sparkling electronic dance music have just signed to EMI/Virgin Records.

Hailed as the rightful heirs to the likes of Underworld, Leftfield, The Chemical Brothers and Orbital, Decky, Gary and Galo’s debut album ‘We Just Are’ attracted huge critical acclaim (eg ‘Literally amazing’, ‘The most exciting new electronic act on the planet’, ‘F**king amazing’) and led to them performing their stunning live sets at Glastonbury, Ultra Festival, Fabric, Rockness, Fuji Rock and Planet Love among many others. This summer’s festivals include Bestival, Creamfields, Parklife, Electric Picnic and Rockness.

New single ‘Destroy’ is released by Virgin Records on May 30. Featuring vocals by Jon Spencer (of the Blues Explosion) the single paves the way for the band’s second album which is due out in the summer.
Latest News