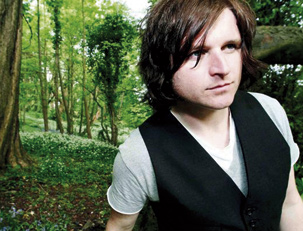 Grammy nominated songwriter Joe Echo will play a special headline show at Whelan’s, Dublin on Thursday 28th April where he will perform music from the new hit movie Killing Bono alongside songs from his forthcoming debut album.

Tickets for Dublin are priced €11.80 inclusive of booking fee are on sale this Friday at 9am from Ticketmaster outlets nationwide and online at www.ticketmaster.ie.

Opening in cinemas across Ireland and the UK this Friday Killing Bono, starring Ben Barnes (Chronicles of Narnia: Prince Caspian, Dorian Grey), Robert Sheehan (Misfits, Love/Hate, Season of the Witch) and the late Pete Postlethwaite (Usual Suspects, In The Name of the Father, Inception), is based on Neil McCormick’s memoirs of his years at school with Bono and U2 and his rather less successful rival band as they went through the 1970’s. Described as an “Irish music-based comedy”, the movie is written by Ian Le Frenais and Dick Clement the screenwriters of “The Commitments” and “Almost Famous” and is directed by Nick Hamm (The Hole).
The movie features eight unique new arrangements written by Joe Echo, which have been performed and recorded with Ben Barnes and Robert Sheehan alongside an exclusive previously unreleased track by The Hype, U2’s previous incarnation, and a classic from Ireland’s biggest band.
Along with the production of the Killing Bono soundtrack he has been putting the final touches to his debut album which will be released later this year. Since the success of 2009’s Grammy nominated Madonna hit Celebration, which he co-wrote, its been all up hill for Joe Echo supporting acts like Paolo Nutini, The Script and James Morrison as well as festivals like OXEGEN, Electric Picnic and on the same bill as Sir Paul McCartney at last summers Hyde Park Calling concert in London.

Tickets for Joe Echo live at Whelan’s on April 28th and Spring and Airbrake, Belfast on Friday 29th are on sale this Friday at 9am.