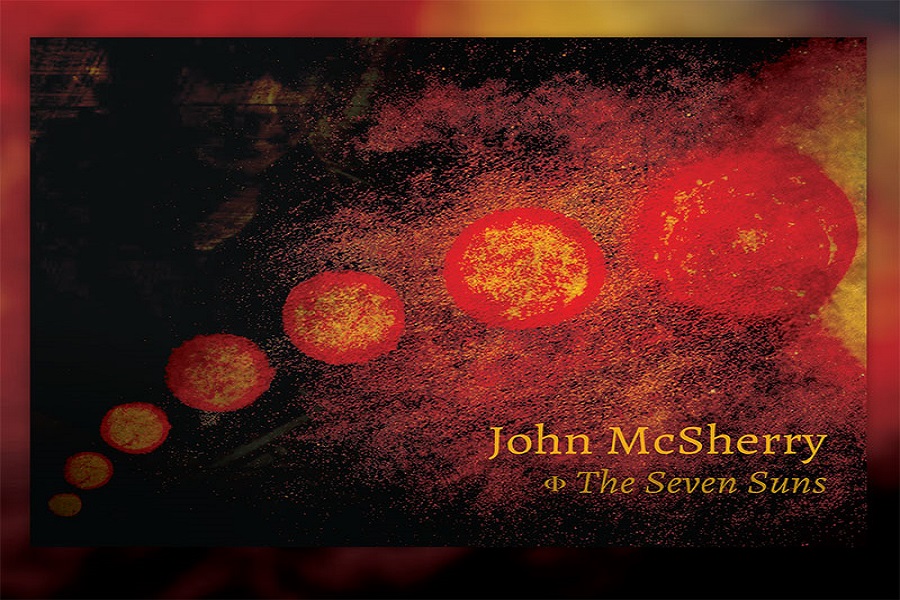 ‘The Seven Suns’ is a concept album, enticing the listener on a journey through some of the mysteries of Ireland’s ancient past, full of stunning, new compositions for Uilleann Pipes and low whistle.

The importance of Western Europe’s megalithic civilisation and its influence on the Ancient World may have been overlooked by historians. Ireland may have held special significance — a sacred island, an astronomical temple, the spiritual centre of Europe’s Neolithic people.

John McSherry’s second solo outing, ‘The Seven Suns’, is a musical journey into the heart of ancient Ireland, richly inlaid with elements both personal and national, mundane and mythical.
Full of original and exciting new compositions by McSherry and featuring musicians such as Sean Óg Graham, Mike McGoldrick and Niamh Dunne, the album explores Ireland from a global perspective, its key place in the ancient world, and the knowledge, wisdom and preoccupations of the people that inhabited it. Featuring pristine production, innovative arrangements, and masterful musicianship, ‘The Seven Suns’ is more than just a follow-up to the award-winning debut, ‘Soma’ – it surpasses it.

John McSherry has been a major figure in Irish music for almost 20 years. He is hailed as one of the finest exponents of the art of Uilleann piping in the world today, described as “a true master” by Irish Music Magazine.

He is a composer, producer, arranger and established studio session musician of world renown, having recorded and performed with the likes of Sinéad O’Connor, Rod Stewart, Nanci Griffith, Gary Kemp, The Corrs and Clannad – gracing the latter’s Grammy award-winning album, ‘Landmarks’.

A founder member of top traditional music bands Lúnasa, Tamalin and Dónal Lunny’s ‘Coolfin’ in the 1990s, John has subsequently produced a string of critically acclaimed and innovative albums, both solo and collaborative, as well as co-writing ‘The Wheels Of The World: 300 Years of Irish Uilleann Pipers’ (Jawbone Press, 2015), a benchmark publication in traditional music history and appreciation.

John McSherry continues to push the boundaries of Irish music while remaining passionate about its ancient heart, with his current bands The Soma Band, At First Light, Ulaid and The Olllam.
‘The Seven Suns’ is available to pre-order now at johnmcsherry.com. You can also pre-order at Compass Records.(bonus pre-order content exclusive to johnmcsherry.com).