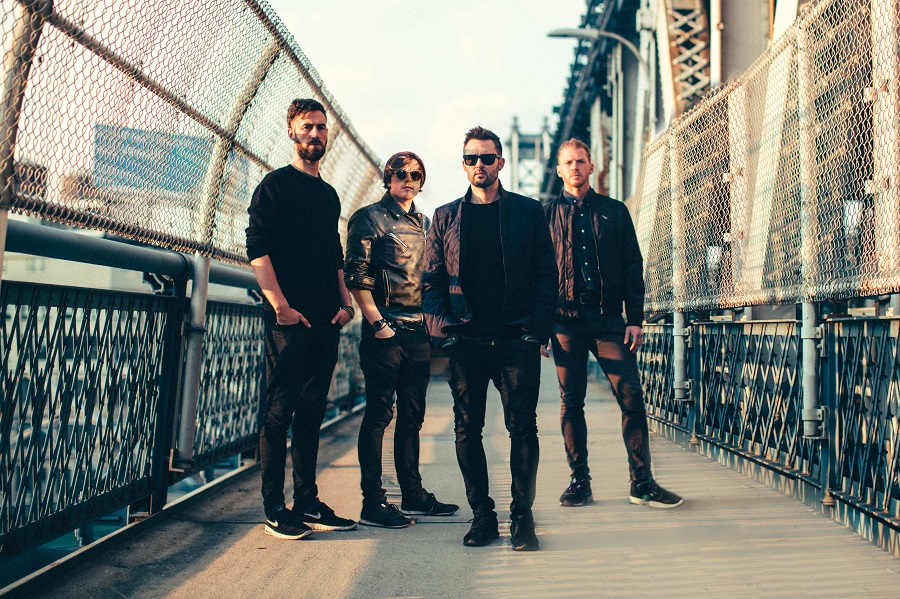 Keywest are set to release their brand new single ‘Somebody To Love’ on the 22 March 2019. The single is the first to be released off their upcoming Marshall Records debut album ‘Ordinary Superhero’.

In a move that will build on their massive success to date, Keywest signed a worldwide recording deal with internationally renowned label Marshall Records in November 2018, showcasing their talents at the BBC Introducing live event in London and performing at the RTE 2FM Xmas Ball at the 3Arena in Dublin. Marshall is more than just an amp manufacturing brand. Marshall is a music brand. Jim Marshall’s passion for music was the driver for all that he achieved. This same motivation is at the heart of Marshall Records. The label supports musicians to create, record, produce and promote their music.

Keywest will release their Marshall Records debut album ‘Ordinary Superhero’ in 2019 and are embarking on a nine-country tour across Europe this March and April 2019. ‘Ordinary Superhero’ has been mixed and mastered at the famous Abbey Road Studios in London by Paul Pritchard and Christian Wright respectively.

The band’s debut album ‘The Message’ entered the top 20 in Ireland, second album ‘Joyland’ went to Number 1 in Ireland in 2015, and third album ‘True North’ went to Number 3 in Ireland and they had a string of radio hits such as ‘Carousel’, ‘This Is Heartbreak’, ‘This Summer’, ‘Something Beautiful’ and ‘Cold Hands’. The band sold out shows across Ireland, including three Dublin sell out shows at The Olympia Theatre, The Academy and Whelans, all within 10 months. In addition to sold out shows the band have been seen at festivals like British Summer Time, Country 2 Country and Country Music Week in London and Longitude and Electric Picnic festivals in Ireland.

‘Somebody To Love’ the first single taken from Keywest’s upcoming  Marshall Records debut ‘Ordinary Superhero’ is out  22 March 2019, with the album to follow in 2019. Keywest kick off their nine-country tour across Europe in March 2019.