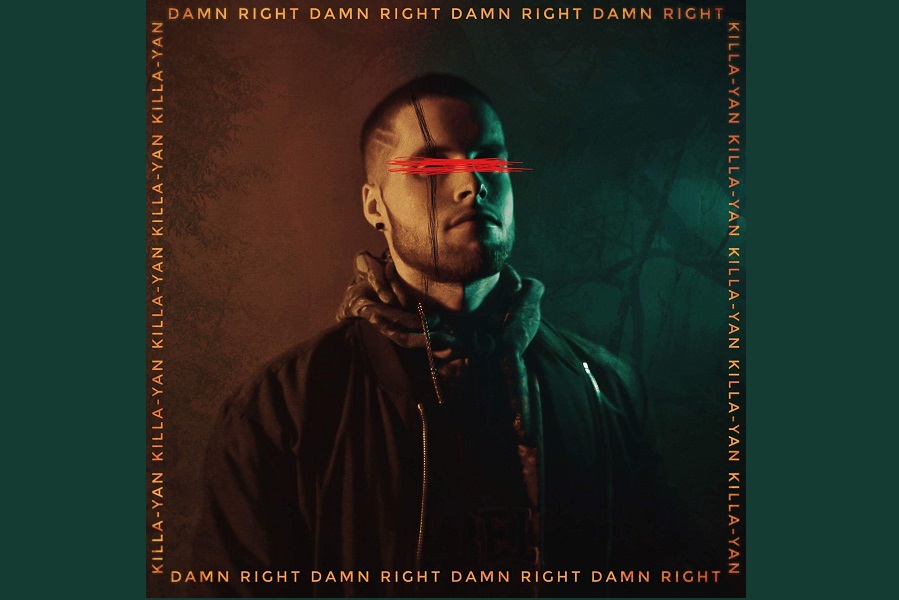 KILLA YAN, one of a number of acts under the guidance of Dublin-based collective Diffusion Lab, makes his return to the limelight with the release of his new single ‘Damn Right’. This follows on from the success of his debut ‘Like I Used To’, released in 2017.

KILLA YAN’s musical journey began when he joined his first school choir at the age of five. He quickly began writing his own music and by the age of nine, he had finished writing his first song. In his teens, he found himself spending an increasing amount of time in recording studios across Dublin and as the years went by, he became friends with other local musicians and found himself helping them writing their own music.

‘Damn Right’, is a pop classic set to the tune of heartbreak, as the lyrics recount the breakdown of the artist’s relationship, despite his best efforts.

“It’s about a relationship I really put everything into and I just knew it wasn’t working, the chorus really means I’m not blaming or cursing you away” KILLA YAN reveals “it’s a more mature way of looking at things, at looking at the end”.

If success was based on drive alone, there would be little doubt as to who would come out on top. KILLA YAN is full to the brim with both talent and determination, and is sure to become the name on everyone’s lips in 2018.

‘Damn Right’ by KILLA YAN, is available to stream now at  https://s.disco.ac/zsccmdqoflsa