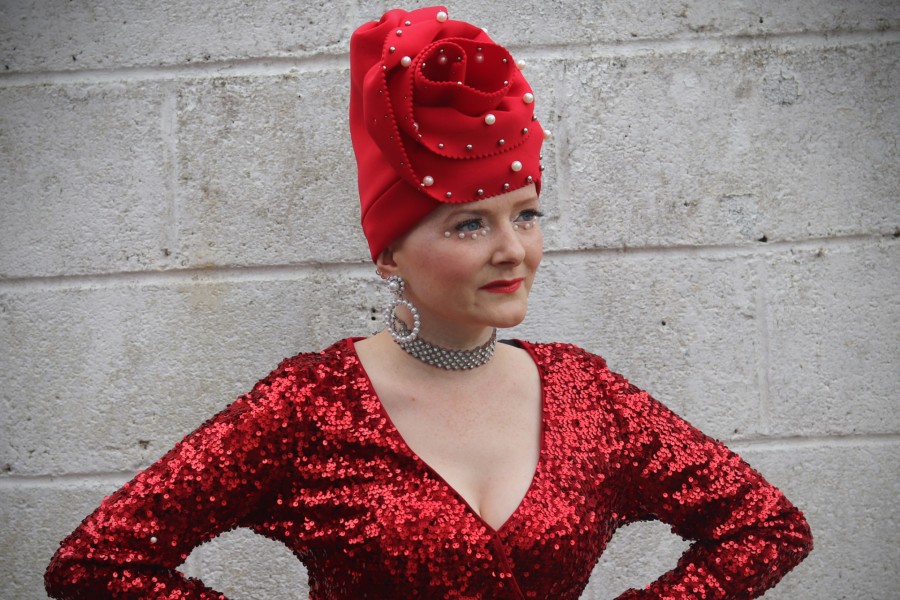 Klara McDonnell, a face already well-known on the Irish independent music scene, found a wider audience earlier this year when she decided to let her social media following in on a very personal matter.

The Dublin-born singer and actress, shocked followers when she revealed she had been diagnosed with triple-negative breast cancer, but instead of a pity party, Klara put the social back in media, and took to rapidly-growing social app Tik Tok to share her journey – from diagnosis through chemotherapy and surgery, which she finally completed last week.

She treated her hospital visits like social events, digging into her expansive wardrobe and selecting only the most dazzling outfits – and wigs! – and like any good night out, shared pictures and candid clips, resulting in a sort of ‘behind the scenes’ on steroids.

Her 8,000- strong TikTok following – as well as a considerable helping of followers on YouTube, Facebook and Instagram – lapped up the content, engaging with Klara’s infectiously upbeat personality. A notable percentage of those followers are women who’d also been diagnosed with the disease, and Klara has found herself an unlikely inspiration to those who felt less fierce in their battle.

2019 had been a busy year for Klara – she released three singles produced by Beardfire Music, including the original version of ‘Dusty Glitter’. The new remix, more effervescent and ambient than the Americana-tinged original, was produced by rising EDM artist Skynem GT from Peru. The pair met online through a mutual friend, Irish singer/songwriter Robert O’Connor and worked on the remix during lockdown.

The result is akin to something you might hear in a cocktail bar – sitting comfortably between the chillout and tropical EDM genres often favoured by the likes of Kygo. It’s new territory for Klara, though she’s not departing her hallmark sound, and is readying completely new material for future release.

“I only shimmer, like dusty glitter,” Klara sings on the self-written track, but in truth, she dazzled when it really counted, and her new-found audience has seen nothing yet!

‘Dusty Glitter’ (Skynem GT Remix) is released on July 31 together with an animated music video by artist Trea Ivory.