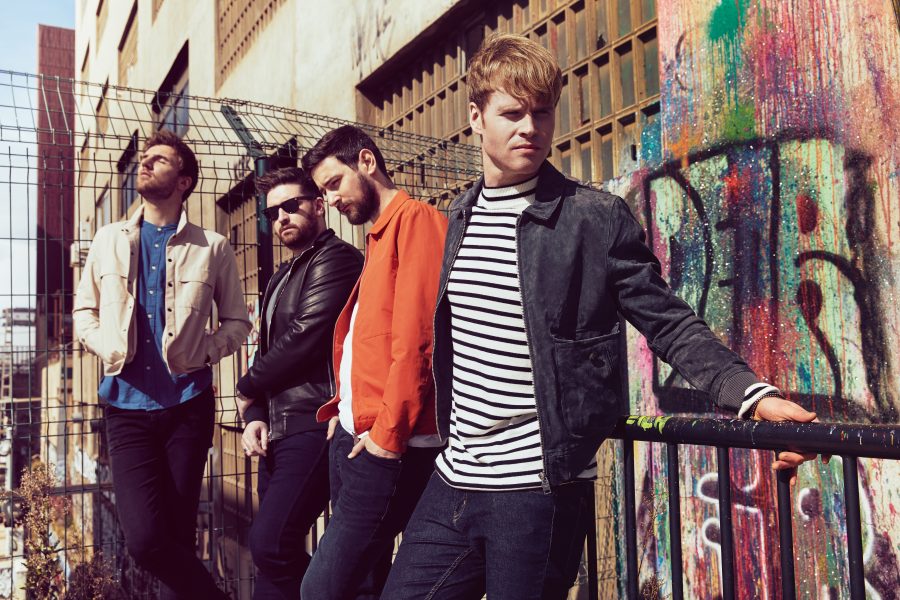 Kodaline are back, armed with their best ever single, ‘Follow Your Fire’, a slice of powerhouse pop produced by hit makers Steve Mac and long-time collaborator Johnny McDaid who both worked on the worldwide smashes ‘Shape Of You’ by Ed Sheeran and Pink’s ‘What About Us’.

It’s taken from their forthcoming new album and looks set to propel them onto an even bigger stage than past glories. It’s a new sound that germinated during their sessions with Kygo, two years ago, on the global hit ‘Raging’.

It gathered pace with last summer’s massive airplay hit ‘Brother’. Now, Kodaline release the epic ‘Follow Your Fire’ on RCA Records impacting May 5th. Ireland’s finest are about to take the world by storm.

“It’s been a while since we released our second album”, says Steve. “But we felt we need to take the time to make sure this was the best album we could make! We are so happy with it and can’t wait for people to hear it!”

“I’ve watched the guys open to new paths towards an exciting and impressive record,” says Johnny. “I think the result of the last few years of writing has delivered some amazing moments that will find their way into ears and hearts everywhere. I’m proud of how far they’ve come and I look forward to where they can go.”

This will be the first collection of new music since 2015’s ‘Coming Up For Air’, which went Gold in the UK. The band’s debut album, ‘In A Perfect World’ has sold over a million copies worldwide and imprinted itself on the nation’s consciousness with streaming figures well into the 100s of millions. On Vevo the band’s videos have had over 200 million views, and they have sold over a million singles.