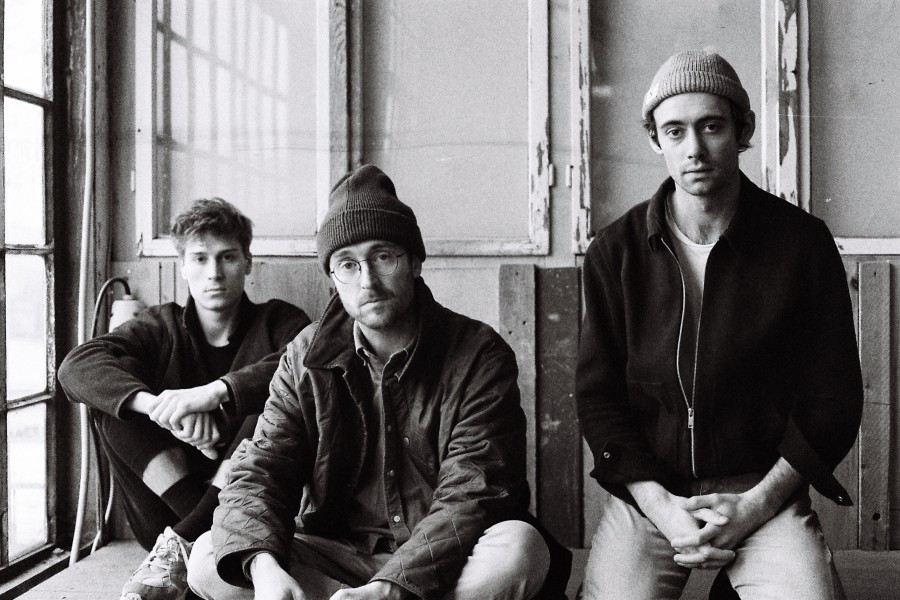 After only a couple of rehearsals, Landers decided to record a live session in a large warehouse known as KAOS in the outskirts of Berlin with their friend Aidan Floatinghome (works with Perlee, Wallis Bird, Hundreds). The upcoming release is the third installment from the session, with one more to be released after this.

Aaron Cunningham from Northern Ireland’s Chord Blossom had this to say of Landers second single: “A fine example of the creative powers of Irish artists in Berlin, Irish-German trio Landers’ ‘Just Thinking’ is the captivating and understated result of a live recording session in Berlin by the new group. Intimate, ambient and unburdened.”

This latest release is under the title ‘Washing With Water’. It features one track from the KAOS session, and another track that was born out of the piano recorded for the song itself.

The two tracks delve into feelings one experiences when confronted with self observation. ’22’ and ‘Washing With Water’: resolve and awareness.

The title track ‘Washing With Water’ is a peaceful folk song that manages to express a deeply existential quality while the introductory track ’22’ is a collage of layered piano takes, performed originally for the title track.

Both tracks feature French pianist Vincent Audusseau, who is a close friend of the band. Vincent managed to add a beautiful acoustic piano for ‘Washing With Water’, enhancing a feeling of calm throughout. With the piano being so beautiful on its own, the band decided to give it space with the creation of ’22.’ It opens the door to ‘Washing With Water’ by setting up a nice contrast that provides a more experimental and atmospheric sound, making ‘Washing With Water’ appear even more intimate and natural to the listener. Also, ’22’ is bridging a sound that points to the recent experimental Livestream performances of the band.

All three releases are available on hand made limited edition tape cassette, designed and crafted by Berlin based artist Daniela Elorza.

Landers are an experimental folk band currently based in Berlin. After they met each other by chance in 2019, the band quickly realized they shared a common drive to make music that felt honest and true to their hearts. Dazed and excited about creating something of their own, they started putting pieces of songs together from scraps of poetry and old lost demos.