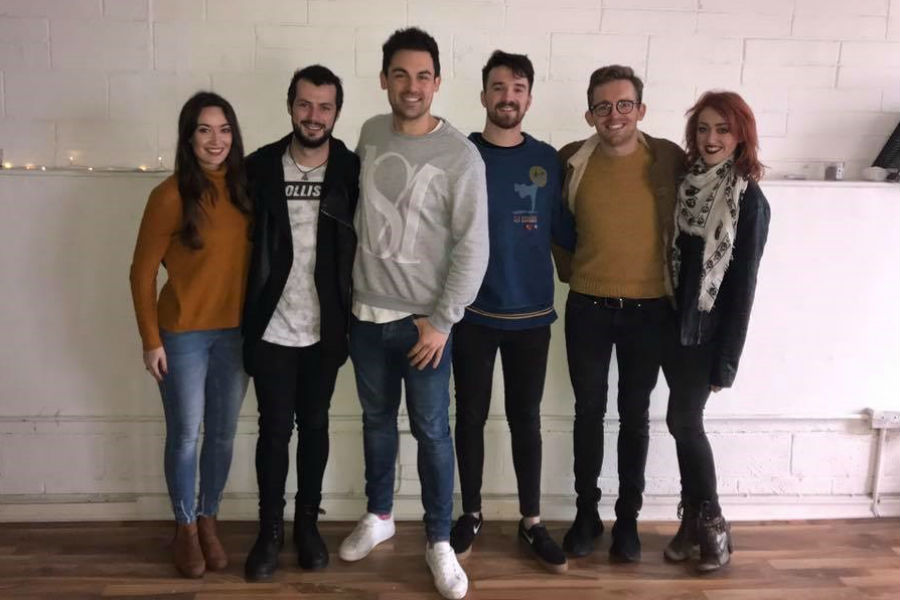 Following ‘Big Shot’ The Musical’s USA and UK success, the original award winning Irish Musical will take to the stage of The Helix for one night only! Written and composed by Dubliner Lauryn Gaffney, Big Shot will wow audiences on 22nd February.

‘Big Shot’ tells the story of one Jeremy Crocker, a savvy defense lawyer thriving in New York City’s bustling legal profession.  Despite his ambitions, Crocker falls in love with Carrie, a struggling Irish artist who works in Crocker’s go-to café in Downtown Manhattan. Although the two become ever more infatuated by each other, this threatens to derail Crocker’s career, with regard to the dubious new defense case he has taken on. Does Crocker follow his heart or stick with his legal client obligations? The theme of the story is love, justice and living in the moment.

With a blend of energetic and poignant songs and a suitable amount of drama one would expect of a Broadway-style musical, ‘Big Shot’ is an exposition of original Irish composition and writing that simply cannot be missed.

‘Big Shot’ represented Ireland in the San Diego International Fringe Festival in 2015. Described as an ‘absolute success’ by the festival organisers, Big Shot the musical was awarded the admired ‘Spirit of Fringe’ Award.  The ‘Spirit of the Fringe’ award is the most prestigious award, given to the show that embodies the essence and ethos of the festival, demonstrates dedication and commitment to their work.

Following 5 incredibly successful nights in California and one night in Mexico the Irish cast were also part of World Theatre History by being part of the first ever Bi-National Fringe Festival. ‘Big Shot’ also received outstanding reviews at its UK’s premiere The London Irish Centre  in 2016.

Tickets for Big Shot The Musical in the Helix on 22nd February are on sale now.