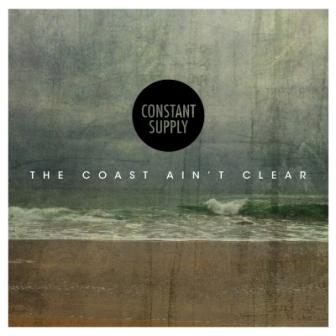 ‘The Coast Ain’t Clear’ is the shimmering debut album from alternative Letterkenny duo Constant Supply. Recorded with Villagers man Tommy McLaughlin in his Attica Studio, this dark and delicious debut is awash with texture, catchy choruses and layer upon layer of guitar and vocal, anchored by a solid organic bass and metronomic drum machine. The album is now available as a free download from www.constantsupply.bandcamp.com.

Consisting of James Gillen on guitars and vocals and Conal Sweeney on bass, Constant Supply create melodic, atmospheric compositions, driven along through light and dark alleyways by a pulsing beat. Evoking the ghosts of Pavement, Slint, Radiohead, Nirvana and Elliott Smith, the northwest pair have developed an original and enthralling sound that marks them out as true mavericks on the Irish music scene. By marrying skittery rhythms, fuzzy riffs and a hypnotic bassline new single ‘3rd in Line’ is a perversely upbeat and unsettling affair that seeps into your consciousness and refuses to budge.

Constant Supply released their debut ‘Alleviate EP’ in 2011 through UK label Take Aim Fire leading to gigs around the country and lots of radio coverage including a session at 2FM’s renowned Studio 8. The Donegal duo’s new single and debut album are both available as a free download with bonus track ‘Medicine Ball’ from www.constantsupply.bandcamp.com from October 7th 2013.