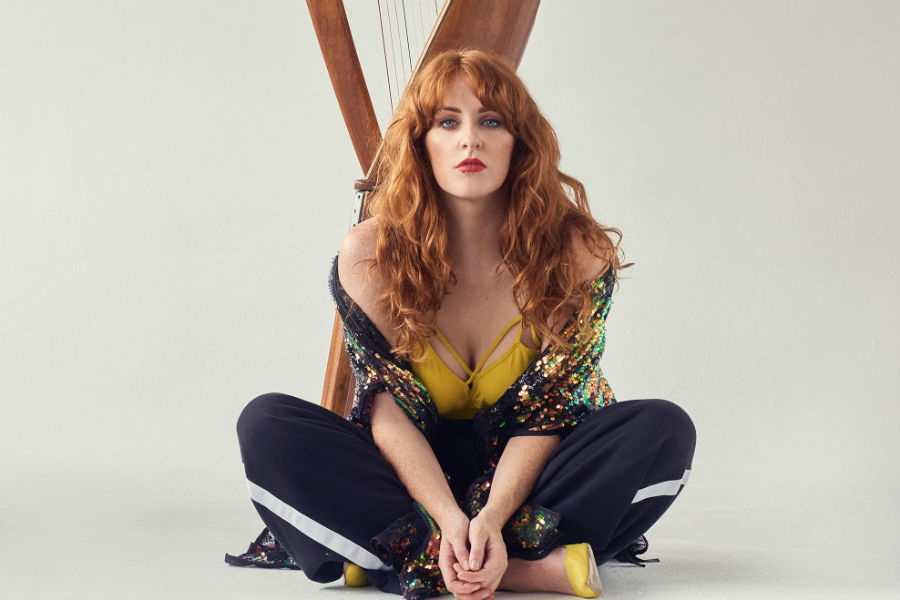 Having amassed over two million streams online, sold out shows across the UK and US and co-written with a host of artists including Kaiser Chiefs, Melissa Etheridge and Akon, Lisa Canny is set to release her debut E.P. titled ‘Freedom’ on Friday 18 May. Her awe-inducing and highly innovative performance style cannot be faulted and mirrors perfectly her organic and captivating song style. The release of ‘Freedom’ stands as a huge statement of intent for Lisa, and one that’s not to be ignored.

Lisa Canny, a Mayo native living in the UK, today releases the video for her debut single ‘Freedom’ taken from her upcoming E.P. of the same name.

“This video will move you!  It is a celebration of the strength of women!  Featuring an all female cast and directed by a Limerick’s Rachel McGill the ‘Freedom’ music video is all about female empowerment, particularly for the Irish woman!  It follows 3x different stories of struggle and triumph, both past and present: the female freedom fighters, the suffragettes and a victim of domestic violence.  Intertwined with scenes of contemporary and Irish dancing we are introduced to Aoife – our representation of a young woman growing up in Ireland today.  Seeing each of the 3x stories move from struggle to triumph around her, Aoife is also inspired to stand up and fight for what she wants and what she believes in – to find her own voice amidst the sometimes deafening noise of society!”

Speaking about the video, Lisa Canny said: “With all that is going on at the moment I think we need to take a moment to celebrate being a woman in Ireland today!  Whether it’s Repeal the 8th, The Fairplé campaign, picketing in support of other women, or something as small and personal as being called a “disgrace to the tradition” for putting a traditional Irish reel into a pop song by an old man from Co. Clare, we are constantly on the battle field!  Regardless of what side you are on – We are fighters!!  & I am proud to be made of that stuff!  This video is to help us take a moment to appreciate how far we have come and just how much change we can make if we put our minds to it!   We are strong, beautiful, talented, humble, hospitable, educated, confident, supportive, sexy, classy women, descendent of the very same.  Let’s raise a pink gin to that and remind ourselves that we are BADASS!  We can, and we will!  Watch us!!!“

Lisa Canny has travelled the world and worked with a plethora of highly regarded names in the industry and was dubbed “Ireland’s next big female artist” by Miles Copeland of The Police. Heavily involved in traditional Irish music, Canny is the seven-time All Ireland Champion on harp and banjo. She was also named UK Future Music Songwriting Winner 2016, placed in the top ten of “Irish acts you don’t want to miss” by BBC America, has appeared on two PBS Specials, the Late Late Show, shared the stage with the likes of Gavin James, Lisa Hannigan and The Coronas.

Born and bred in County Mayo, Ireland, Lisa Canny is a notably talented musician who creates expertly crafted modern traditional Irish music that’s distinctive, upbeat and effortlessly entertaining. Best known for her incredible covers, sold out live performances and her reputation for driving, propulsive and heartfelt delivery, Lisa’s mastering of technique and tradition is nothing short of astounding. Gifted with empowering confidence and a charming sense of honesty, the most exciting and consummate stage of Canny’s career is now pouring vehemently over the horizon.

“Crossing so many genres it is hard to define” – Ryan Tubridy, The Late Late Show

“That was not a showcase, it was a masterclass” – Ray Jones, Talentbanq