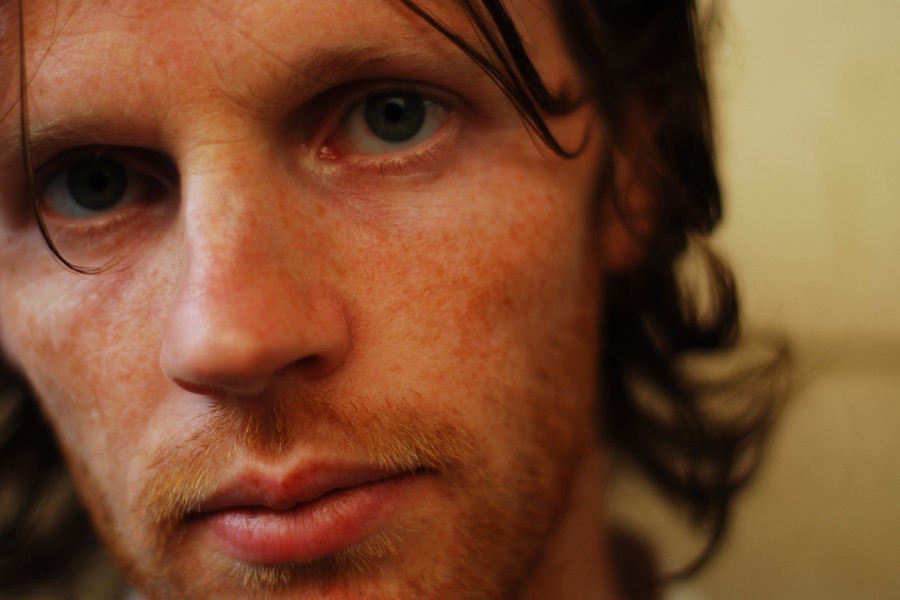 Lorcán MacMathuna shares ‘A Bhean Úd Thíos (The Woman At The Stream)’. The new single from his brand new album ‘An Bhuatais and The Meaning of Life’ set for release on Wednesday 16th December.

In this dark and poignant song a bride has been abducted by the fairies (the Sí) on her wedding night and taken to the underground world of the Sí. She is permitted to walk in the mortal world for an hour at dusk each evening for a year and a day, but she is shielded from sight by a supernatural veil, and cannot touch or speak to any mortal person.

She beseeches a washer woman at the stream to aid her to break the spell of the Sí, but her voice cannot break through the fairy spell. The washer woman is oblivious to the imploration of the captured bride. The veil between worlds remains unbreached; the spell of the slua sí (the fairy host) is a web she cannot escape from.

“A song, like a story, speaks from a time and a place. Time passes, and its voice diminishes. But sometimes a story speaks to the essence of human nature and its power lasts through time regardless of space; regardless of place.” – Lorcán Mac Mathúna; An Bhuatais & The Meaning of Life

That’s the first paragraph from the book that comes with the new album by Lorcán Mac Mathúna, which will be released on Wednesday 16th December at 8:30pm on Facebook live. The album comes in a beautiful hard backed 112 page book with gold foil lettering.  It will be on sale from the 16th for €20 plus P&P and it can be pre-ordered here on Lorcán’s homepage http://www.lorcanmacmathuna.com

“I think that the narratives portrayed in traditional folklore mythology and song are attempts to understand our deepest impulses through parable and story. I have put my thoughts into a collection of essays which reflect upon a selection of traditional songs I have recorded. The essays are related to the themes of the songs, and both are meant to be enjoyed in tandem. ‘An Bhuatais & The Meaning of Life’ is a musical and philosophical engagement. It is a collection of contemplative music and essays that delve the human need for hope, longing, and fire.”

Follow this link to register for the Facebook live event and join in an intimate concert online: https://www.facebook.com/events/147047363426806

Supported by An Chomhairle Ealaíon. This album launch was supported by the Department of Tourism, Culture, Arts, Gaeltacht, Sports and Media.