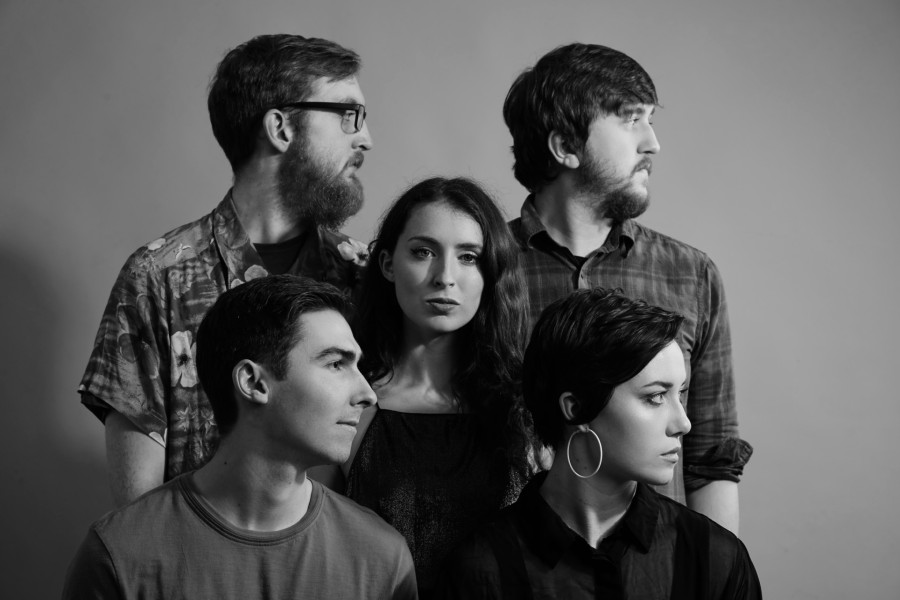 On Friday May 22nd, Luunah release ‘Just Give Enough’ – the new single from their upcoming debut album self-titled ‘Luunah’.

‘Just Give Enough’ offers listeners a taste of what to expect from the Alternative-Pop band’s debut album. The song is a blend of mesmerizing drum grooves, elusive synth textures, animated basslines and rhythmic hooks – an attractive premise for lead singer Sarah-Beth to convey her romantic narrative through lyrics. Producer Brian Casey helped the band to encapsulate their seventies influenced number in his West Cork studio where they have been recording their new album over the past few months.

Each band member brings their individual strengths and personalities to the project in a way that singer-songwriter Sarah-Beth has described as ‘editing a Wikipedia page’. She says, “When I write a song, it is never truly completed until I get the guy’s input – this often takes the music in a more intriguing direction. For me, lyrics are at the core of every great song and the instrumentation should reinforce the song’s message. Being in a band has changed my perspective. It has thought me that music often has the potential to convey emotions in a way words simply can’t.”

Due to the current Covid-19 crisis, the date for an album release is yet to be confirmed. However, this hasn’t prevented Luunah from connecting with fans and sharing new content online. Creating homemade videos for social media, writing music remotely and brainstorming album artwork via messenger are some of the ways in which the Cork band are adapting to this new way of life and making the most of what technology has to offer.

You can expect to hear the name Luunah a lot more frequently in 2020.

Luunah is an Alternative Pop band based in Cork, Ireland. The band was formed by Sarah-Beth with her music college peers in 2019. Dreamy electronic textures and a driving rhythm section act as a canvas for personal lyrics, vivid imagery and evocative thoughts. The band have played at Electric Picnic , Indiependence, The Workman’s Club, Live at St.Luke’s and have supported established artists such as Cory Wong, Cathy Davey and Wyvern Lingo. Their latest release These Roads has received significant national airplay on 2fm, Spin South West, REDFM, 96FM and Today FM.