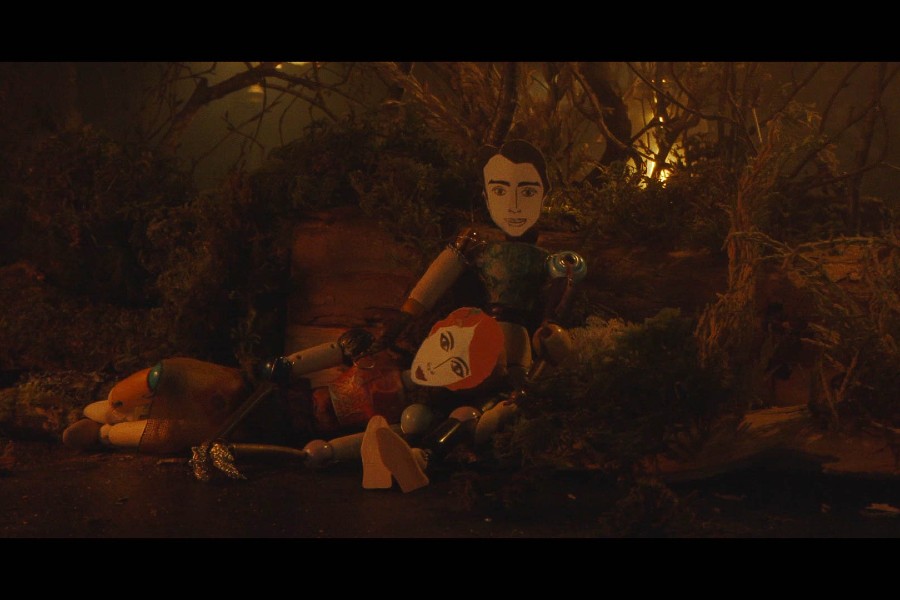 Following on from the release of their self-titled debut album ‘Luunah’. Cork based indie band ‘Lunnah’ have released a music video for one of their album tracks ‘Take Me Dancing’.

‘Take Me Dancing’ is about recognising the significance of life despite the suffering, setbacks and uncertainty it often entails. This song portrays two lover’s desire to escape the monotony of everyday life. They realise there is meaning in their shared experience of the world and a loving relationship. They would rather remain lost than to lose one another.

The music video, directed by Brian McDonnell, deals with similar themes of love and loneliness in a long term relationship. The video follows the story of two lovers, locked away, living out their dream lives vicariously through two wooden dolls, until they find the strength to go and really grab that life for themselves.

With stunning visuals from cinematographer Jass Foley and production design from Katarzyna Horzela, the music video takes us on a beautiful journey through this serene world that the characters are living in.

Featuring electric performances from Amber Deasy and Aidan Farren, the video was shot during Covid-19 restrictions, portraying an intimate yet isolated setting that is certainly familiar to most at the moment.

Luunah is an alternative band based in Cork, Ireland. The group was formed in 2019 by singer-songwriter Sarah-Beth O’Mullane with friends while studying at the CIT Cork School of Music. She plays alongside Paul Brennan (drums), Lee Kennedy (bass), Emily Naughton (synth) and James Gormley (guitar).

Through their music, Luunah aims to capture all the colourful emotions sprawled across  the human spectrum – no matter how ambiguous or forbidden.

‘Lunnah’ is available on all major streaming platforms now.