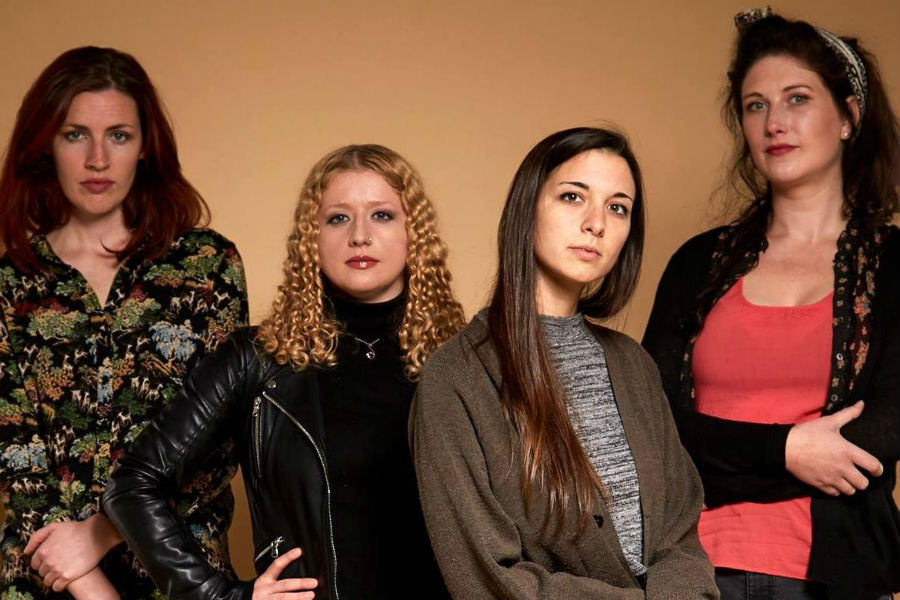 ‘White Billboards’ is a reflection on the power of advertising in our society and how models and standards influence our choices, happiness and feeling of adequacy.

The video reflects themes from the song, such as models in advertising, specifically in the early days of economic wealth after WWII and following into the 60s-70s, a future where people have become indifferent to corporate gentrification. Advertisers and brands have run out of slogans and have lost their impact on people and society.

The question asked is whether a society with empty billboards would set us free to be happy, or whether it would leave us lost and unable to regain a personal identity.

Montauk Hotel have made an impressive impact on the Dublin live music scene with sold out headline shows including Whelans, The Workman’s Club, The Sound House, The Bowery, Bello Bar and Roisin Dubh, as well as supporting international acts such as Goat Girl, PINS and Beauty Sleep. They have appeared at festivals such as Other Voices, Groove Festival, Vantastival and Sunflower Festival. This year they play Trailer Park stage at Electric Picnic, Sea Sessions and Féile. They will also support The Blizzards during their full band summer tour.

Their single ‘Stains’, released in 2018, playlisted on Spotify New Music Friday and received support from Nialler9, RTE, 2fm, The Thin Air, The Last Mixed Tape and BBC Radio. This new studio offering has gained massive support from Dan Hegarty and Louise McSharry in RTE 2FM, John Barker in 98FM, and Dublin City FM among others.

This video reflects gender roles in a lost society that will continue far into the distance future without billboards for guidance.