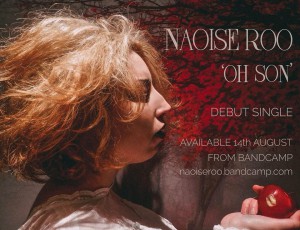 has recently released her debut single on Thursday August 14th. ‘Oh Son’ is the first single from her debut album ‘Lilith’ which will be released in October and was engineered by Liam Mulvaney and produced by Elder Roche. Previously playing with various bands on the Dublin scene she has played many Irish venues including Vicar Street, supporting artists such as John Spillane and Mick Flannery. The last two years have been spent writing her debut album, a collection of compelling tracks that examines the subjects of sex, death and relationships.