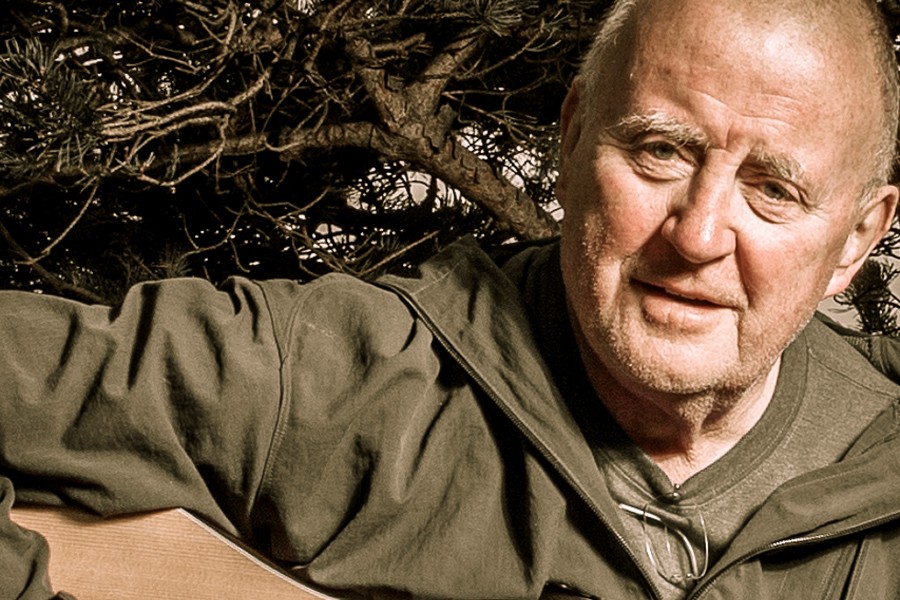 Christy Moore is one of the most compelling and inspirational musicians Ireland has ever seen. Join him on September 19th at 8pm for a one-off exclusive livestream solo concert from the National Concert Hall in Dublin. Shot in HD on seven cameras, this promises to be an intimate evening with a musical legend.

Streamed live from the National Concert Hall to audiences across the world in Ireland, UK, Europe, United States and Australia this is Christy’s first livestream performance for fans around the globe.

Christy has a universal fan base and is frequently hailed as an Irish national icon. This exclusive performance will enable him to connect with his audience through the magic of those exquisite songs that have endeared him to fans of all ages for over 50 years.

Christy Moore has played an integral role in the evolution of music on this island. Aside from his long and productive solo career, he is a founding member of the iconic bands Planxty and Moving Hearts. His songs have travelled around the world with the Irish diaspora and wherever they are played they instil an invaluable sense of home and belonging. His powerfully relatable stories of the human condition resonate beyond the community.

His recording career includes more than 40 albums from ‘Paddy on the Road’ (1969) to ‘Magic Nights’ (2019). He remains one of the country’s most cherished artists.

For this special event, NCH is partnering with livestream leaders Dice to ensure customers have secure tickets and the best quality live-stream platform. From legends like Nick Cave and Björk to artists just starting out, thousands of artists are collaborating with DICE to stream their shows, you can read more here, Dice.fm

The event is supported by The Department of Media, Tourism, Arts, Culture, Sport and the Gaeltacht and The Irish Times as media partner.

The concert will be streamed live online to exclusive ticket holders at the above times. It will be available to tickets holders for 24 hours following the performance.