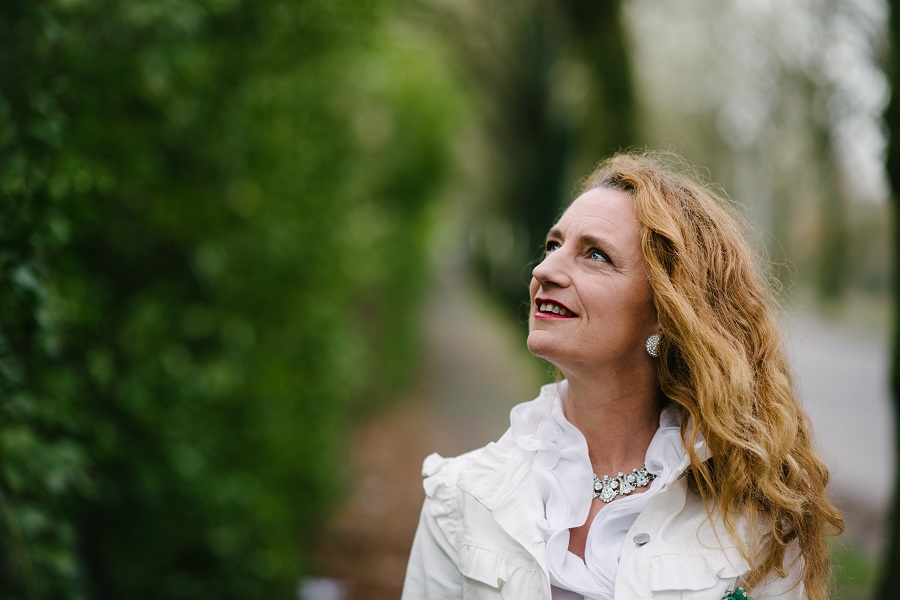 Irish singer and songwriter Neasa is one of those special artists that can captivate audiences from the get-go. Equal parts vivid theatrical performer, absorbing vocalist, and passionate advocate of freedom of expression, Neasa began her life in music in the mid-1980s with the cult Irish rock band, Hidden Fears. It is through her solo work in the intervening years, however – and more so with the release of her new single, ‘Rain’ – that she has gained an enviable reputation as an outgoing artist that delivers visibly pulsating performances.

“I have a deep passion in expressing songs emotionally,” says multi-award winning Neasa. “This draws the audience into the performances, taking them on what is a theatrical and responsive journey. People have told me they feel lighter, happier after seeing a show.”

Combining varying music styles and influences – from folk and jazz to pop and classical – with narrative-driven lyrics, the end result covers a wide range that Neasa tackles with her usual degree of flair and confidence, weaving her panpipes through her songs.

Indeed, it was always this way. A few years after Hidden Fears split up, Neasa pursued a solo career that eventually brought her to Australia. During most of the ‘90s, she was a regular fixture on Australian television and on the country’s concert circuit. Collaborating with members of the Adelaide Symphony Orchestra, Neasa eventually developed a distinctive sound that laid the ground for her future repertoire.

Aligned with this is Neasa herself. With an intuitive ability to quickly develop multi-layered discussions with others, a courageous disposition (she has never given up singing), and an adventurous spirit (she once lived with a headhunting tribe as she crossed the interior of Borneo, and she also negotiated 1,000km along the Amazon in a small fishing boat), the singer and songwriter has all the qualities required to engage an audience.

As the Noughties arrived, so Neasa returned to Ireland, where she has been based ever since, notwithstanding performances in some of Europe’s finest castles, South America (Teatro Amazonas), and Australia (where she sang Ireland’s National anthem in the Southern Hemisphere’s largest stadium, the Melbourne Cricket Ground). Other creative ventures followed, but as the bark and bite of the Celtic Tiger softened so it enabled Neasa to gradually fulfil an ambition and realise a dream: to perform her own dramatic songs with the aid of an orchestra.

Running in parallel with her work as an EFT (Emotional Freedom Technique) therapist was the time Neasa needed to reflect on her own understanding of why she had to express herself through her original music.

What she gets from this, she reveals, is something she can’t from anything else in her life. “I feel a deep expression of energy that communicates between an audience and me, and an incredible feeling of freedom when the voice is flowing through me. There is an ideal opportunity for theatrical expression of the story in the song, as well as a perfect chance to write about situations that matter to me and to communicate those messages to others. Ultimately, however, it’s the joy I see in other people’s faces – being carried away on a journey, escaping their own lives for a while – that makes it so important for me.”

Her latest creative venture is her new single, ‘Rain’, which epitomises not only her characteristic sense of creativity but is also symbolic of personal discovery. An exhilarating cocktail of orchestrated pop, with smart twists of musical theatre, Rain covers themes of social consciousness and love, as well as evaluating separation and solitude. With equal measures assuredness and poignancy, the song underlines the nature of one woman’s journey from there to here, from then to now.

“I hope that in bringing my gifts to the world,” explains Neasa, “I can inspire people to do the same with theirs, while enjoying original, deeply moving music and theatrical experiences. In other words, it’s never too late. We must never give up on ourselves.”