New Jackson Release “From Night to Night” This Friday 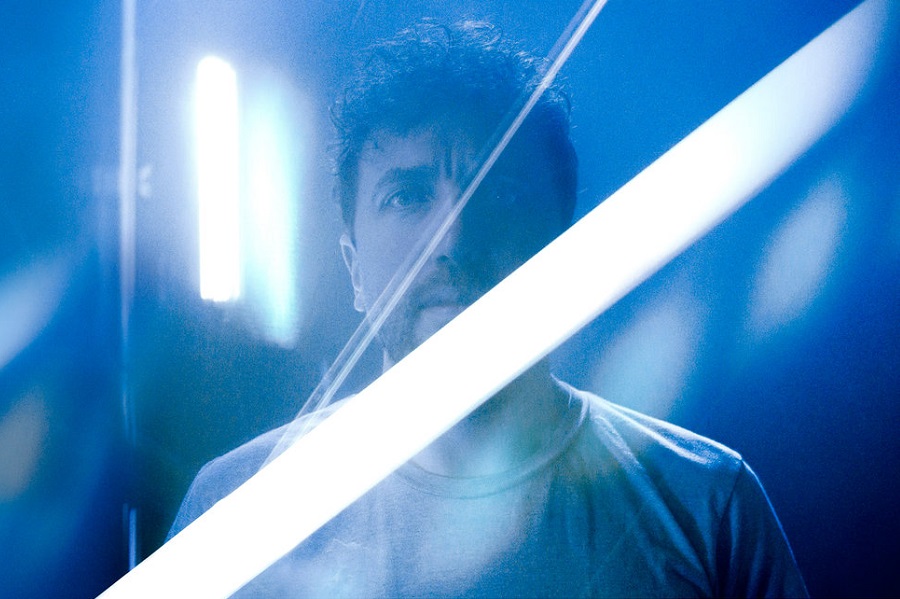 There aren’t many artists that can lay claim to having put out records on labels as divergent as Rough Trade and John Talabot’s Hivern Discs. Perhaps this is because few artists express such genuine diversity in their musical tastes and creative explorations as David Kitt.

Since the turn of the decade as New Jackson he has mined a seam of driving, ghostly house to run parallel with his solo strand of ambient folk electronica. His debut release in 2011 The Night Mail on Pogo channeled early record collection heroes Aphex Twin and Orbital through to Drexciya and Projekt PM but had one foot firmly in the 21st century beaming in like some futuristic cyberballad. On the flip side Hussle Free had that mix of house and boogie sensibilities with dark and dusty synths and vocoder that would become a signature. This was followed by acclaimed releases on Hivern, Permanent Vacation, Major Problems, Apartment and most recently Cin Cin.

His debut album set for release on All City in May was recorded in Kitt’s bedroom studio overlooking Dublin bay, its nocturnal hues very much a product of the nightshift often working on headphones with the rest of his housemates fast asleep. It takes full advantage of the scope of the LP format, ebbing and flowing between deep house club ready gems and more restrained and meditative beatless moments for the morning after. The recording process yielded many eureka moments with Kitt finally nailing sounds that had hitherto proved elusive. A key moment was getting a bank loan to buy an SP 1200 sampler – “It’s a sound I’ve tried to get close to for almost half my life now and the only way to really nail it was to get the machine itself. It’s featured on so many of my favourite records by the likes of Premier, RZA, MF Doom, Daft Punk, Moodyman and Theo” Indeed the presence of a sampler used heavily in hip-hop is no coincidence, for Kitt this record owes as much to beats and rhymes as it does to head-down club house. “My first love when it comes to samplers and drum machines is hip-hop and I’ve often wondered what kind of house Pete Rock or J Dilla would make. I like to think the record reflects that a bit.”

“From Night to Night” is one end of the result of his artistic persistence. Machine love alongside crafted songsmanship is evident from start to finish – the beautifully structured pop tones of Put the Love In It and the deep vocoder boogie of Found the One sit next to the machine funk of SP2 and the atmospheric ambience of Cadaquez. There’s a beautiful re-imagination of DJ Shadow in the ten minutes of the deep funk of After Midnight in A Perfect World with the LP closing out, appropriately enough, with a reworking of one of his breakthrough tracks – the epic piano house vibes of Of A Thousand Leaves. Part Larry Heard, part Pete Rock, part Arthur Russell, a deftly constructed LP of musical subtleties from a considered artist mining the creative result of a lifetime’s listening and making.