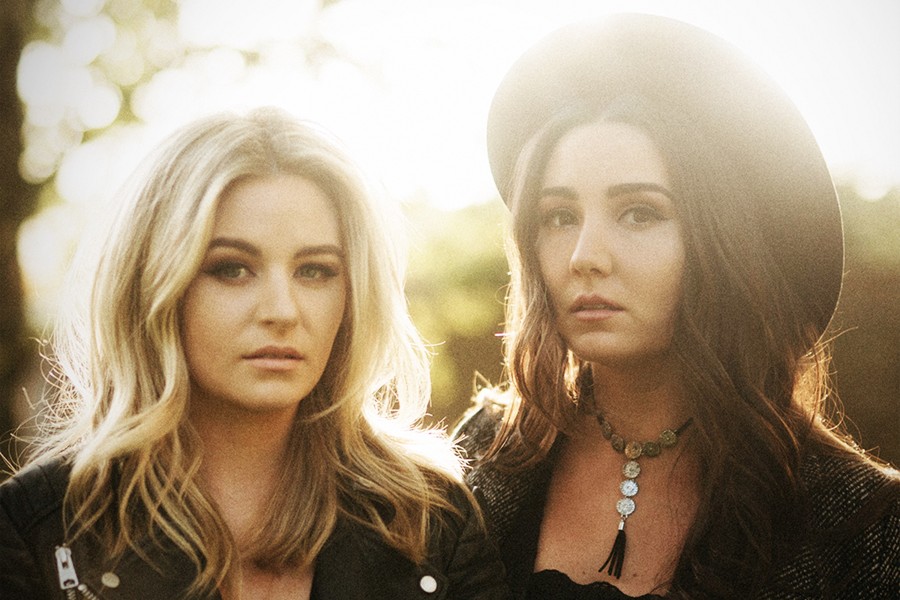 ‘Borrowed Life’ is the newest single from CARRON, out 1st October, illuminating the essence of their recent summer collaboration series. At the start of Lockdown they reached out on social media in search of innovative creatives to join forces on a number of new releases. The feedback was far more than expected and has opened up a host of exciting new prospects for the sister duo.

When asked about how the pandemic affected their workflow:

“We were all cooped up together without space to breath, let alone write.” – Mella, Vocals & Piano

“There was so much pressure in that moment to create new material, but realistically too much time isn’t a good thing. We wanted a new and fresh perspective, and while this vibe wasn’t necessarily something we were looking for, we’re very glad we found it.” – Méabh, Vocals & Violin

“I’ve listened to Carron since about 2016 and it’s always been about their stunning vocals for me so I wanted to leave that fairly untouched but set it within this ambient glitchy sound I had been working on. The arpeggiated keyboard sound keeps up the energy of the rhythms from the original track.” – Chris Ledwidge, producer

CARRON worked with denis. and wrote ‘Roots’ which bagged a ‘Pure M EP of the Year’ award (2016). They’ve also had iTunes  #1 singles and have been featured in The Irish Times as ‘Ones To Watch’. Their previous single ‘Even Sad Birds Sing’ saw a collaboration with Amsterdam based producer Kobina, and was supported by RTE 2FM, 98fm, Nialler9, District Mag, Four Four Mag + more

The emotive music video for ‘Borrowed Life’, shot and directed by Lukasz Pytlik, depicts a Black Mirror-esque future whereby AR (augmented reality) technology allows us to see the world through the lens of our fondest memories. Upon revisiting his old home, our nameless protagonist recalls past scenes of love, life, and human connection which he has since lost. Borrowed Life is about recalling your past, accepting regret but questioning whether things could have been different.

Sisters and multi-instrumentalists Méabh & Mella Carron formed their namesake band CARRON as a healing project during a period of extensive hospital treatment. They released their number 1 charting EP ‘Roots’ to rave reviews (Pure M, TLMT, Hot Press), along with follow-up singles ‘Prison Robes,’ ‘Battle Lines’, ‘Even Sad Birds Sing’ and ‘Numb’ which received extensive Irish airplay across 2FM, 98FM, 2XM, Dublin City FM, KCLR, Northern Sound and more. Starting out, CARRON, were pinned by Jim Carroll of The Irish Times as ‘ones to watch’ and have since performed sold out shows at music venues all over Ireland including Whelans, The Grand Social, Monroes, Dolans, The Sugar Club. Their most significant festival appearances was performing the Salty Dog stage at Electric Picnic last year.

In their music and song-writing which they create with guitarist Darragh McGrath, they aim to create a sense of one united female voice that is amplified by the strength of their sibling bond, to blend impeccable harmonies through shared blood, and to subtly nod toward their Irish heritage and backgrounds in musical theatre whilst maintaining a contemporary and powerful sound.