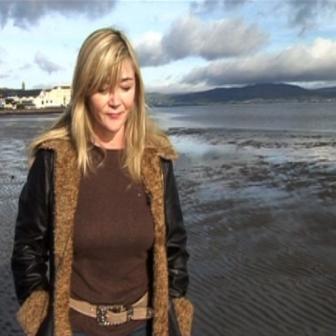 2013 has been a busy year for Dundalk singer/ songwriter, Rosie Bell. Following on from the release of her EP ‘Back to Here’ early in 2013, Rosie has been working on some new material which sees her wander into uncharted territory. The challenge she finds in her work is to follow where the inspiration leads, even if the trip is a difficult one.  A particular song that she had spent a lot of time on was ‘Where do we go?’ which she co-wrote with Cormac Burns. It is a commentary on the devastating effects of austerity on families.  Rosie says of the process ‘It was a difficult song to write because all around me I was seeing people who were hurting. It was difficult to capture the essence of that in a 4 minute sound bite. I included my own children’s voices in the recording to show that the numbers on a spreadsheet affect real families.  I found that, until this song was out of my head, I wasn’t able to move on to anything else’.

On a lighter note, her new single ‘Lately ‘, sees her team up once again with Simon Todd (a founder member of Morgan La Fay) with whom she co-wrote the ‘Back to Here’ EP. In September, Rosie took some time out to attend a song writing week hosted by the legendary Boo Hewerdine and award winning Scottish singer/songwriter Karine Polwart.  It was here that the new song came about. She says of the song, ‘It practically wrote itself. As Simon was playing the melody, the words were just flooding into my head.  Karine helped me with the transition from the verse to the chorus and sang in some beautiful harmonies’.  The actual track was recorded in a single take by Mark Freegard of Kyotis Studios who has worked with top artists such as ‘The Strypes’, ‘Eddi Reader’ and ‘Del Amitri’.

Originally intended as a demo cut, the song had such a great ‘feel’ they decided to leave it as it was. Rather than waiting to have enough material for a full album, Rosie chose to go ahead and release this song as it seemed somewhat keen to be ‘out there’. The accompanying video was filmed and produced by Kate at Crab Apple Videos in a matter of days. The video of ‘Lately’ can be viewed here.

‘Lately’ is available through iTunes and usual digital outlets.

Rosie is currently planning a song writers’ circle tour for February 2014 with Simon Todd, Cormac Burns and special guests. Before Christmas, though, you can catch Rosie and Cormac play at the following events:

To keep up with news and details of Rosie’s gigs, check out her webpage and social media sites