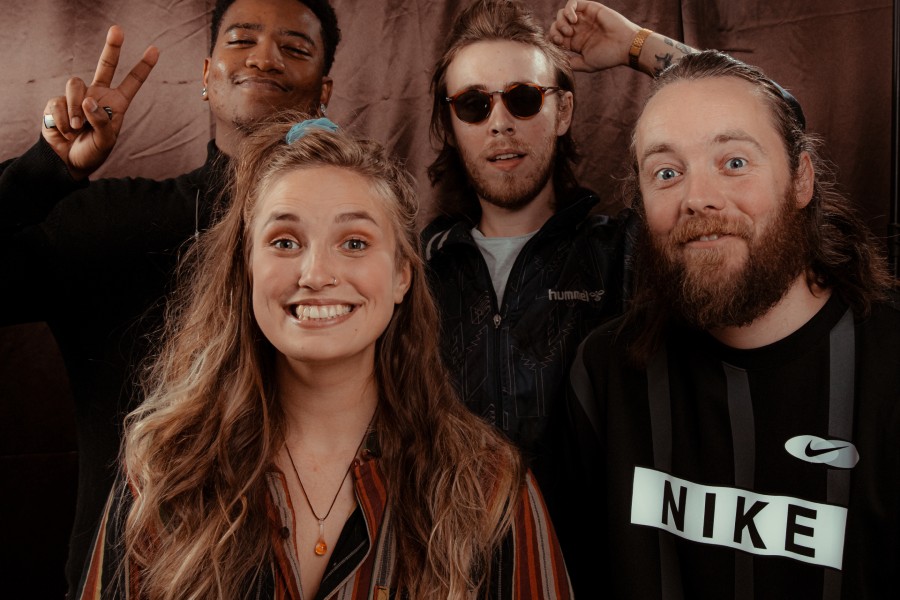 The single heralds the release of NEALO’s highly-anticipated debut album, ‘All The Leaves Are Falling’, which will be released on Friday 30th October. The track also signposts some of the album’s key themes: emigration, loss, transformation.

In addition, NEALO plays four socially-distanced live shows at The Workman’s Club, Dublin, on Thursday 5th and Friday 6th November. All four shows sold out within 24 hours of going on sale.

NEALO teams up with long-time collaborators and good friends Molly Sterling, Jehnova (Nuxsense) and Adam Garrett on this track. In his signature, searingly honest lyrical style, NEALO once again manages to capture the experiences of many who lived through post-Celtic Tiger Ireland through an autobiographical lens.

“When I was 21, I worked in an insurance company. It was your average suit and tie cubicle job. I despised it. I had a dream of moving to Canada and exploring a new part of the world, but everyday I trudged down to the multi story office beside the Blanchardstown Centre and clocked in,” he says.

He continues: “I used to stay up until 3am so that work seemed further away. One morning I got halfway to the office, looked down and realised that I was wearing one white runner and one black shoe with my suit. I had been up so late and gotten dressed in my sleep. I think I was in such a bad place at a time that I couldn’t even see the funny side of that. The desperation.

Eventually I applied for a visa to Canada and booked flights to Vancouver. I handed in my notice and that was it. No more insurance company. The whole experience had a huge lasting effect on me. Now I can’t stand the thought of being caged up and I’ve worked my whole life to avoid that. Monday morning for me is walking dogs in the forest and hanging with my son. It’s music, and trees and animals. It’s not cubicles and insurance claims and ties.”

As we move closer to ‘All The Leaves Are Falling’ with the release of this single, it’s plain to hear how much NEALO’s home, and the people around him, mean to him. He is an artist who cannot be anything but himself and through his music he wears his heart permanently tattooed on his sleeve.

The artwork images for ‘Let Your Dreams Collect Dust Until You’re Desperate’ were taken by photographer and film director Bobby Zithelo (Director of the wonderful ‘This Land’). Bobby also directed the music video for ‘You Can’t Go Home Again’, Nealo’s most recent single which has racked up over 2 million impacts on Irish radio and over 50,000 Spotify streams since July.

‘Let Your Dreams Collect Dust Until You’re Desperate’ is out on Friday 9th October 2020.