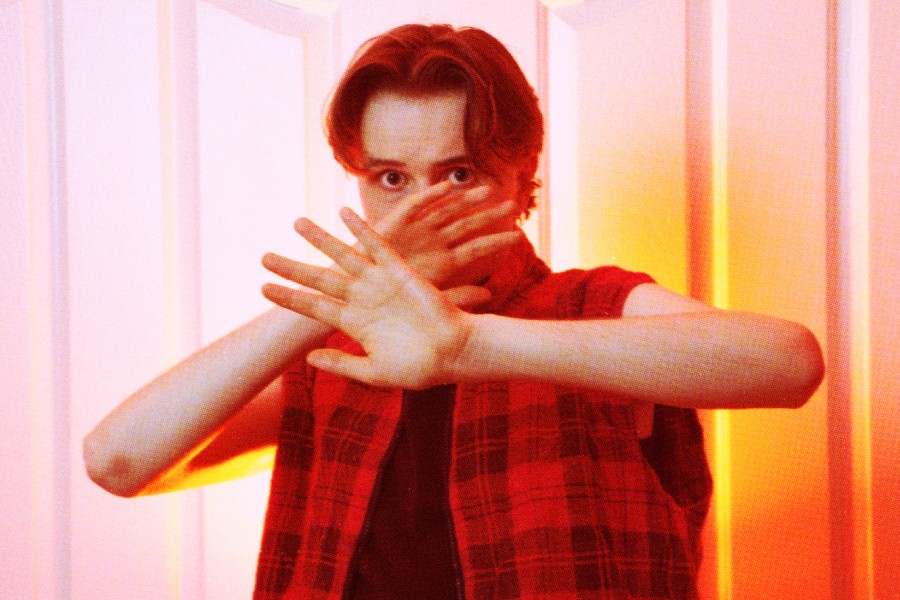 Following his atmospheric synth pop single ‘Timeline’, PureGrand returns with ‘Such A Fright’.

‘Such A Fright’ is a shuffling electronic pop song sprinkled with elements of turn the millennium pop music. Lyrically it illustrates the claustrophobic sensations and the trappings of dealing with anxiety.

‘Such A Fright’ is accompanied with a self made video which parodies the pressures and hypocrisy of the modern workplace but dresses it up in the stylings of the 1990s.

The song was written and produced by Faulkner and is the latest single to be taken from his new body of work which is inspired by social themes felt by young millennials and by Faulkner’s own experiences in the past year and exploring them through the sounds and aesthetics of 90s and millennium pop.

PureGrand is a pop act consisting of Dublin photographer and musician, Luke Faulkner. He makes pop music inspired by sounds of the latter 20th century combined with a healthy dose of camp, PureGrand tries not to follow trends but sometimes might if he likes what is trendy. Faulkner writes and produces his music and shoots and designs all his artwork so is therefore always wrecked. His combination of catchy, well crafted songs paired with striking, colourful music videos aim to entertain while also providing a platform for social commentary and queer expression.

Not letting 2020 get in the way of his plans, PureGrand released his single Timeline in August, receiving positive reviews from The Last Mixed Tape and GCN, alongside another video in collaboration with director Eleanor Rogers which premiered on Nialler9. He most recently performed alongside Jack Rua, CMAT and Gold Blooded Woman as part of ‘Gotta Tell You’, a pop event discussing the future of Irish pop as part of Music Town Dublin