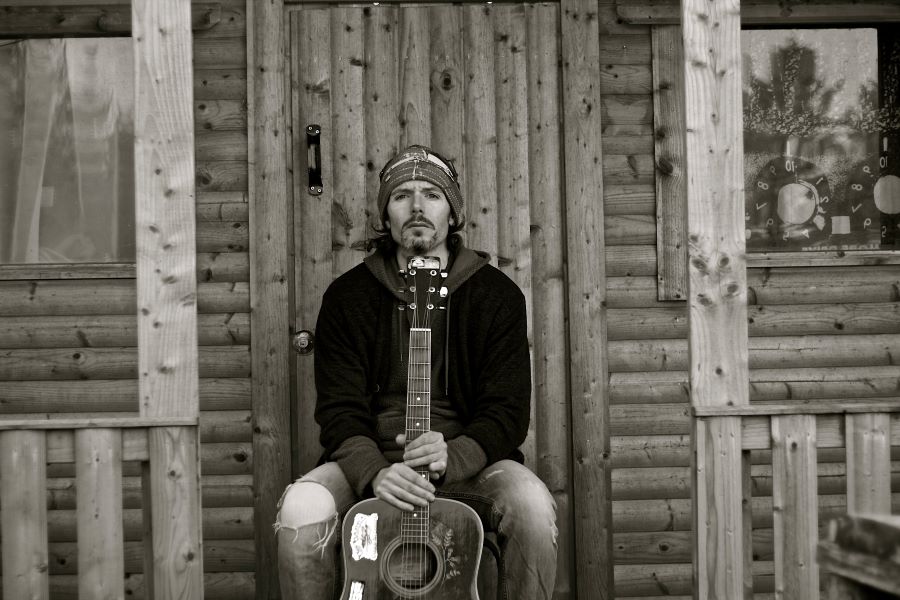 ‘Escape’ is the latest solo single by Cork singer/ songwriter Pete Mac. Featuring the guest vocals of iconic musician/ artist Lisa Papineau.
The track was written during the Covid lockdown period with Pete experimenting with different sounds. The track’s theme is about escaping into a world within a world.

‘Escape’ takes a different direction to Pete Mac’s previous acoustic solo endeavors, creating a dark wall of melodies and sounds which are enhanced by the haunting vocals of Lisa Papineau.

Papineau received initial recognition when her band Pet, co-founded with composer Tyler Bates, was featured on The Crow: City of Angels soundtrack, and later the Blue Note Records soundtrack for The Last Time I Committed Suicide. Pet’s self-titled album was executive-produced by Tori Amos.

Pete Mac is the lead singer, guitarist and songwriter of Irish based Alternative Rock/Grunge outfit Paradox. Not your typical Singer/Songwriter Pete Mac has branched out from his band Paradox and taken his Alternative melodies and musical frustrations to his solo endeavors. Paradox have been a band since 1997, formed in Cork, Ireland by brothers Pete and Mike Mac. With four albums officially recorded and released (‘Chapters’ in 2015, ‘Corporate Pollution’ in 2010, ‘Sacred’ in 2004 and ‘Circle of Growth’ in 2000 on US indie label), as well as a solo album in 2009 titled ‘In Limbo’, a few trips to the USA, shows, studios, more shows in Europe and a few solo performances in between Paradox have been kept busy. 2020 saw Pete returning to his solo endeavors with the digital release of various cover versions and the release of his first original single titled ‘Disappear’ in over 10 years.