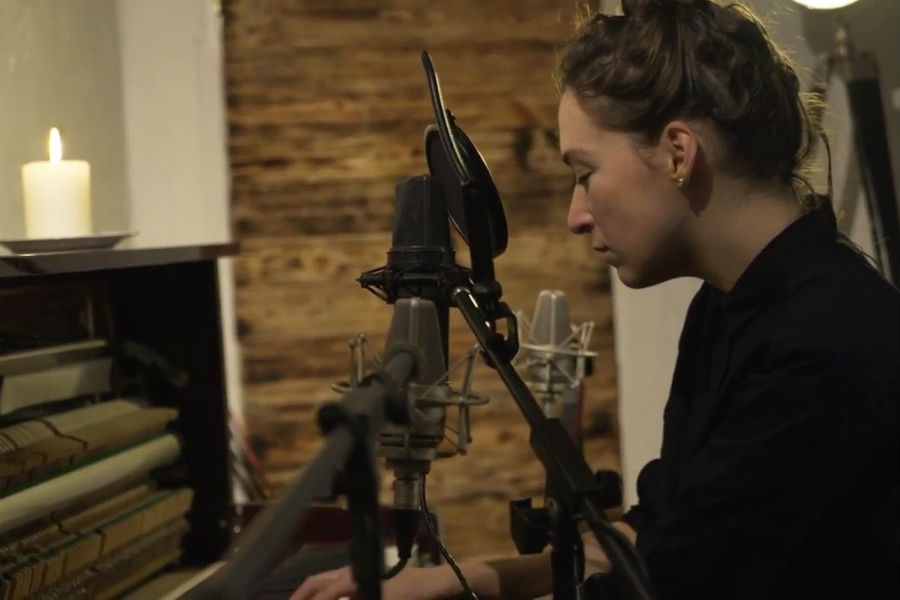 For each episode, music producer Karl Odlum (The Frames, Ham Sandwich) worked through the night with the musicians, who were deliberately grouped together with those from very different musical backgrounds, a mix which helped to create something new and special in the studio.

The programmes in the six-part series follow the groups throughout the night, and give listeners a glimpse into the creative process, and the collaborative energy that resulted in the composition of eighteen brand new songs in Irish in the small hours of the night in Dublin.

Speaking of her experience of An Seisiún, Louise Gaffney of Come On Live Long, said:
“Taking part in An Seisiún was a wonderful reminder of what creativity is all about.  The time constraints force you to work in a much more open and reactionary way, and what you end up with is this lovely, natural-feeling composition that comes from four people trying to follow and react to each other.  It’s a sound that couldn’t be recaptured or replicated.”

The concept for An Seisiún originated with the Sesiwn Unnos series from BBC Cymru in Wales, created by renowned record producer Dyl Mei.  It emulates the centuries-old tradition of the ‘Ty Unnos’ where, it was believed,  that if a person could build a house on common land in one night, the land then belonged to them.   Using this tradition as inspiration, the innovative radio series was created.

The series was funded by the Broadcasting Authority of Ireland with the Television Licence Fee with extra support from Foras na Gaeilge and IMRO.