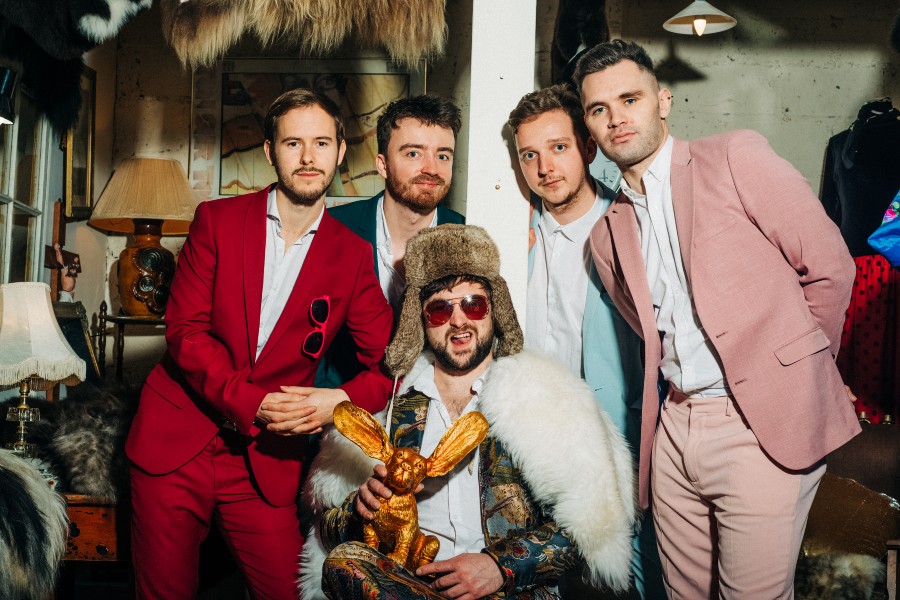 Naked Animals’ latest single ‘Money Shot’ is a vibrant and festive song, very much in the style of artists like Prince & Vulfpeck. But behind the upbeat sound is a hard-hitting socio-political message. It tackles the issue of our constant need for stimulation and approval in today’s society.

‘Money Shot’ is the second single from the upcoming E.P ‘Business As Usual’ which is due for release this summer. To celebrate the single the band have released their latest video filmed by Cork artist Jack Ahern. Using a mixture of cream and confetti they successfully managed to both block the entire plumbing system and shoot a sparkly yet saucy video in one day.

Naked Animals have many more things in the pipeline besides cream and confetti though, with the release of their E.P on the horizon they plan on recording their debut album this year along with the imminent announcement of their patreon website.