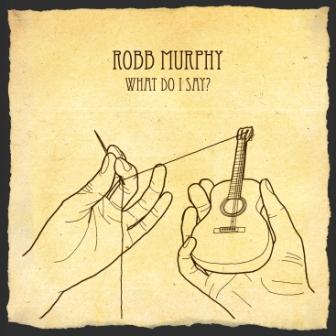 ‘What Do I Say?’ is the latest single to be taken from Belfast songwriter and producer, Robb Murphy’s, debut album “Take a Stand”.

After studying music technology at Queens University, Robb discovered he had a passion for songwriting and creating original soundscapes. His first EPs picked up airplay on regional radio stations, as well as BBC Radio 6, with comparisons being made to Damien Rice, Tom Baxter and José Gonzalez.

The remixed and remastered version of ‘What Do I Say?’ by Neal Calderwood from Manor Park Studio will include a radio edit, remixed album version, and non-album track, ‘The Breakdown’.

‘What Do I Say?’ was voted a ‘Fresh Fave’ on Tom Robinsons’ Fresh on the Net blog and has also been receiving radio play from BBC Introducing and Radio Ulster.