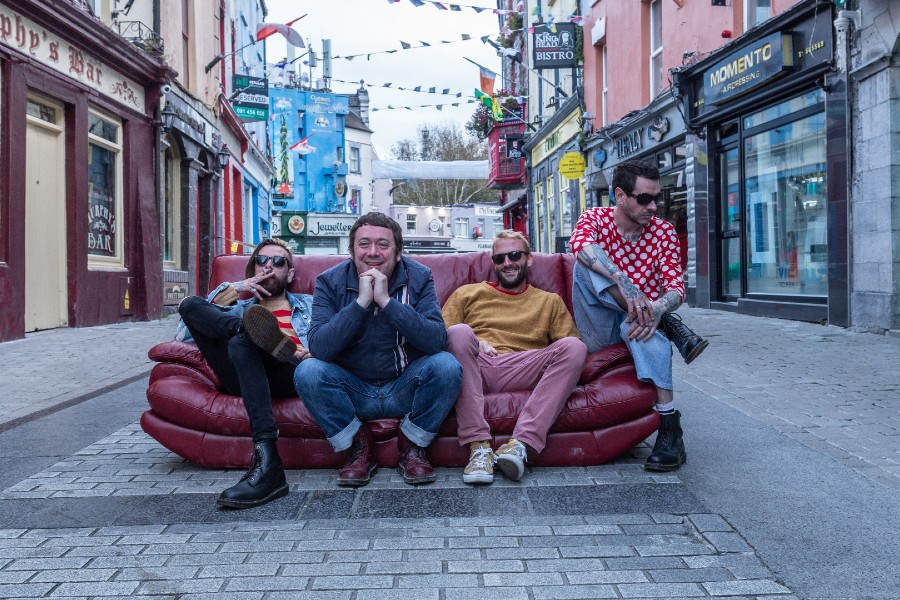 Slyrydes are a four piece band from Galway City, Ireland. Slyrydes released their first five singles from March 2019 to March 2020 (‘Mental Health’, ‘Point Of View’, ‘Out Patience’, ‘Dangerous Animals’ and ‘I Claim To Be Intelligent’). The singles collected much critical acclaim nationwide and in the UK. Paul McLoone (Today FM/ The Undertones) has championed the band since the first single, ‘Mental Health’.

All of Slyrydes releases have been engineered and produced by Dan Doherty in Darklands Dublin.

In 2020, against many odds, Slyrydes managed to record their debut album. “We managed to get into Dan in Darklands in between lockdowns in September 2020. I think it was a mixture of luck and sheer determination.”

New single ‘Boy In The Debs Suit’ is one of the songs on their debut. “We definitely didn’t write the same song twelve times. Which made it so difficult to pick a new single. We cannot wait to share this album with the world.”

Slyrydes debut will be available on 12” and is set for release in 2021.