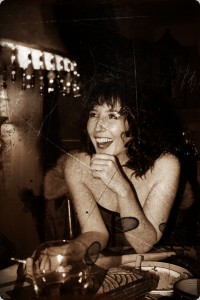 Niamh Murphy (aka Foxglove) has just been announced as Taxi A&R company’s featured artist for all of April. Taxi is one of the world’s leading independent A&R company.

Last May 2014 saw Niamh Murphy win in the performance category of the International Songwriting Competition. Part of the prize was free membership with Taxi. Since then there has been a lot of interest in her songs.

With over 20,000 entries from over 120 countries this is a remarkable achievement. Past winners have included Mick Flannery, Passenger and Gotye.

Niamh was the only Irish entrant to win reach finalist and subsequently win that year.

The last year has been a productive one for Foxglove with a national TV appearance performing another one of her songs ‘Land’s End’ chosen personally by five time Grammy winner Steve Lillywhite, “Niamh is a wonderful lyricist and singer” performing live at Dublin’s National Concert Hall and live appearances on national radio.

Niamh is a prolific songwriter and writes for different genres. She is gearing up to release some new music over the coming months.

Foxglove vocals were also featured on six tracks of the electronic ‘Carried by Waves’ recently released debut album that has received a lot of media attention – ‘Softly Held Together’.

2FM, Today FM and many other radio stations across Ireland and abroad have been spinning the tunes regularly.