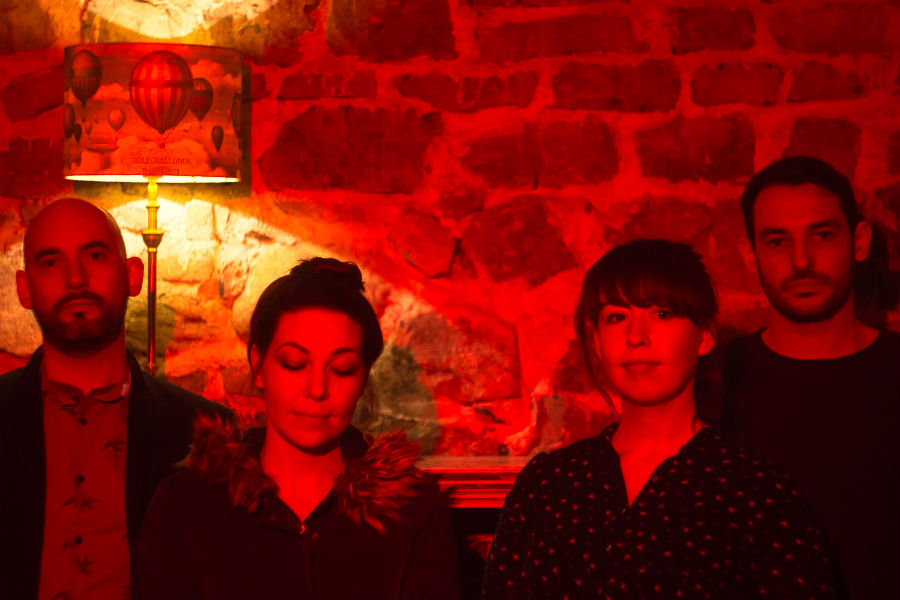 Fresh from their performances in the National Concert Hall and Knockanstockan Festival, October Fires decamped in the stunning Black Mountain Studios to record their latest single ‘Caught In Your Design’. Influenced by themes explored in The Handmaid’s Tale, it is heavy but cracks of light and hope shimmer throughout.

“A haunting visceral journey for the Halloween Season upon us.“

In the words of producer James Darkin, the song is “Moody as f**k!”

The band will be headlining the most atmospheric gig of the season in the Grand Social, Dublin on Sunday 20thof October with special guest support from Baby Witch. Costumes will not be frowned upon! Tickets @ via Eventbrite https://castingspellswithoctoberfires.eventbrite.ie

October Fires have been described as large scale indie-folk, haunting and eclectic with a distinct and individualistic sound.

Their music is continually inspired by the autumnal season, with its unique blend of beauty and eeriness, darkness and light.

Since the band released their first radio single ‘Pray’ in June 2018 and their debut EP ‘Everybody Knows in October 2018 they have been greeted with numerous glowing reviews from Hot Press, Nialler 9, Remy, The Last Mixed Tape, Barry Gruff and featured in Joe.ie Song of the Day.