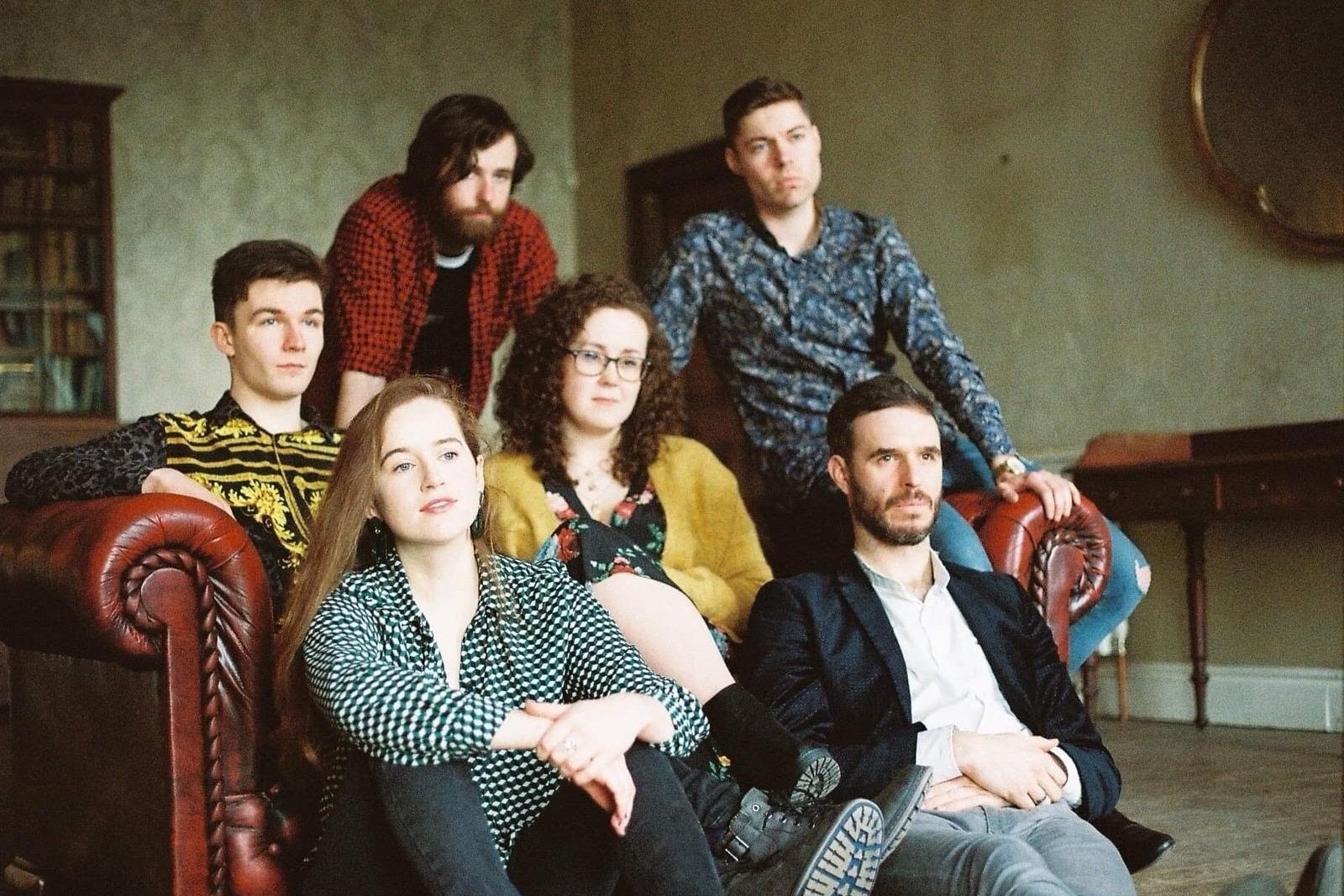 Orwells ’84 have returned, bringing their familiar sound to the masses with the release of their latest single ‘She Is So Sweet’ – out today the 2 October 2020. The track is the third release from the band’s well received debut EP ‘Truth IsThe First Victim’, which garnered attention in all the right places.

The band recorded most of ‘Truth Is The First Victim’ in Sun Studios in Dublin with Pauric McCrum and Peter McCoy of Pillowhead. This is the band’s second venture with the duo; having worked together previously on the single ‘Cailín’.

Since releasing their debut single ‘Cailín’, Orwells ’84’s folk-indie style remains present yet matured, with a more refined world-view. As a band they feel they are in a position currently in which they believe to be consistently developing on an upward trajectory. It has been thought and considered that this record is a marker, a call to arms if you will. To the people in the venues, the ones on the streets and those who can help them achieve what they believe they can.

Since their birth they have crafted and artistically explored theirs and society’s thoughts and emotions and poured these experiences into the music. They do not write songs, they feel songs are falsified. They write truthfully about life’s experiences.

Like many others in the Dundalk music scene, Orwells ’84 are adding their unique musical voice to the world with something new and exciting to say. They’ve performed with people like David Keenan, Nix Moon, Myles McCormack from Belfast group Lonesome George and Finnian, among others. And while the band are often labelled with some form of the words ‘indie’ and ‘folk’, their style meets at the junction of many different genres. There’s something about Orwells ’84 that is indescribably different — and with their newest project, they’ve discovered what most musicians spend lifetimes working for — the place where feel-good music meets vital social commentary.

‘She Is So Sweet’ the brand new single from Orwells ’84 is out now on all streaming platforms and digital formats, alongside the band’s debut EP ‘Truth Is The First Victim’ which is also out now.