Paul Byrne Creates Video For ‘How To Come Back To You’ 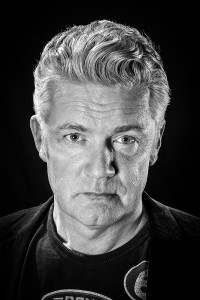 Paul Byrne has released a video to accompany his work ‘How To Come Back To You’ taken from his album ‘Cruel & Tender Ways’.

Paul Byrne first came onto the music scene as the young drummer for Dublin new wave band Deaf Actor in 1979 with Conor Brady and Jack Dublin. Deaf Actor were one of Dublin’s lesser known but well rated post-punk bands of their time playing many landmark gigs and venues.

In 1983 Paul was a founder member of the internationally successful rock band In Tua Nua with other local musicians Ivan O’Shea, Martin Clancy and Steve Wickham. It was in the pursuit of a singer that Paul came across a young Sinead O’Connor. O’Connor was singing solo at his sister, Jeannette’s, wedding. Paul worked with Sinead and recorded some early demos’.

In Tua Nua’s debut single was the very first release on U2’s own ‘Mother Records’ label (mother001) and was an instant hit in Ireland. Following a brief signing to Island records, they were eventually signed to Virgin Records in 1986. The band toured extensively in Europe and the US as supports to U2,Simple Minds and Bob Dylan to name a few. The band had their US breakthrough in 1988 with their second album on Virgin Records ‘The Long Acre’ on which Paul sang the title track. By this stage he had forged a writing partnership with guitarist Martin Clancy. Paul also co-wrote a few songs with Jack Dublin for the album.

When ITN broke up in 1989, Paul continued writing with his ITN co-writer Martin Clancy. amongst others performing and writing in bands such asSugar Candy Mountain & The Texas Kellys, The Black Romantics,Jeanette Byrne. Paul was also involved in the creation of Optophonic, Phonic Recording Studios and the I-NV-U Record Label.

After a lifetime of writing, producing, managing and generally helping everyone else’s careers, it was time for Paul to come out of the shadows. So in late 2013 he decided to put together a collection of songs and record them with the help of Conor Brady. The songs span the last 25 years but the first single is one of Paul’s most recent compositions ‘I’ve Got You’.