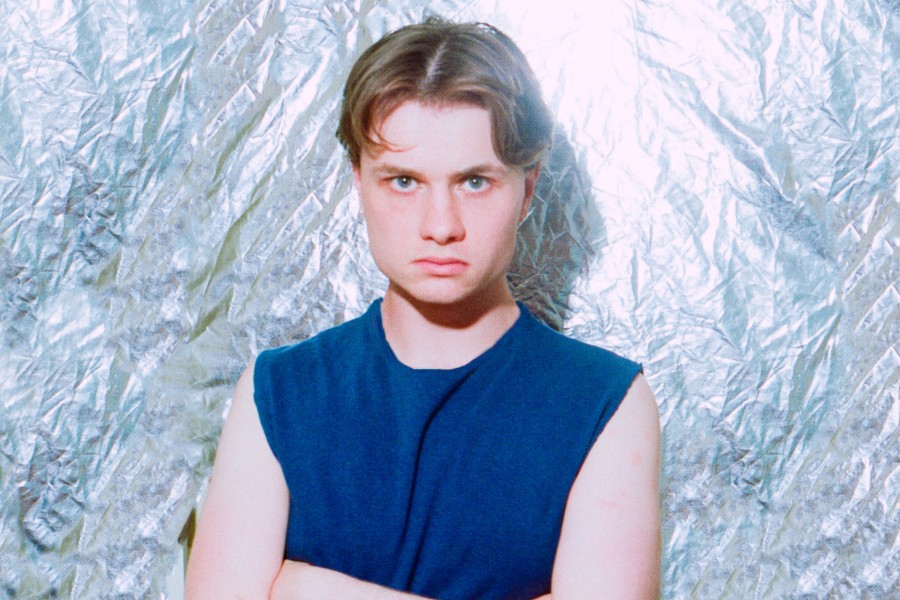 ‘Timeline’ sheds light on the frustrations felt by many young millennials about being stuck in a point in your life beyond your control and the pressures and conflict between different generations that come with that.

It pairs melodic vocals with a rhythmic beat reminiscent of late 90s pop which is used as an escapist vehicle to explore the emotions in the lyrics.

The song was written and produced by Faulkner and is the first single from PureGrand’s debut album which marks a shift in his sound from the synthpop influence of his previous work towards a pop sound with a broader palette. It is being released alongside a new body of visual work photographed by Faulkner that will tie in with the album campaign as singles are released along with music videos.

Driven by a meticulous obsession for pop music of all eras, PureGrand merges introspection with a healthy dose of camp and a do it yourself attitude. PureGrand uses pop music as a vehicle for self expression and social commentary and to prove you can make a point while still having fun. After debuting PureGrand as a pop act in 2016, Faulkner spent the next few years putting out a string of self produced singles and EPs pairing confessional lyrics with sonic influences spanning 80s new wave and italo disco such as 2019’s ‘Last Bus’.

He also developed a colourful and strong visual cohesion to accompany his music, best illustrated in the self made video for his song ‘Pink’.

PureGrand closed the last decade with the synth ballad ‘Flowers‘ which was featured on Spotify’s Breath of Fresh Eire playlist. His music has been met with positive press from the likes of Nialler9, Hot Press and GoldenPlec, as well as Irish radio play from 2FM, 2XM, DDR and 8Radio.

He has performed across Dublin (Workman’s, Sin E, Drop Dead Twice) as well as at some of Ireland’s best homegrown alternative performance nights such as Glitter Hole, Avoca’s Queer Cabaret and at the Dublin Fringe Festival supporting Xnthony’s Deluxe Access.

Aside from his quest for pop stardom, Faulkner has collaborated visually with fellow Irish queer musicians, taking photographs and making graphics and music videos for acts including Babylamb, ELKAE, ELM and most notably Jack Rua.