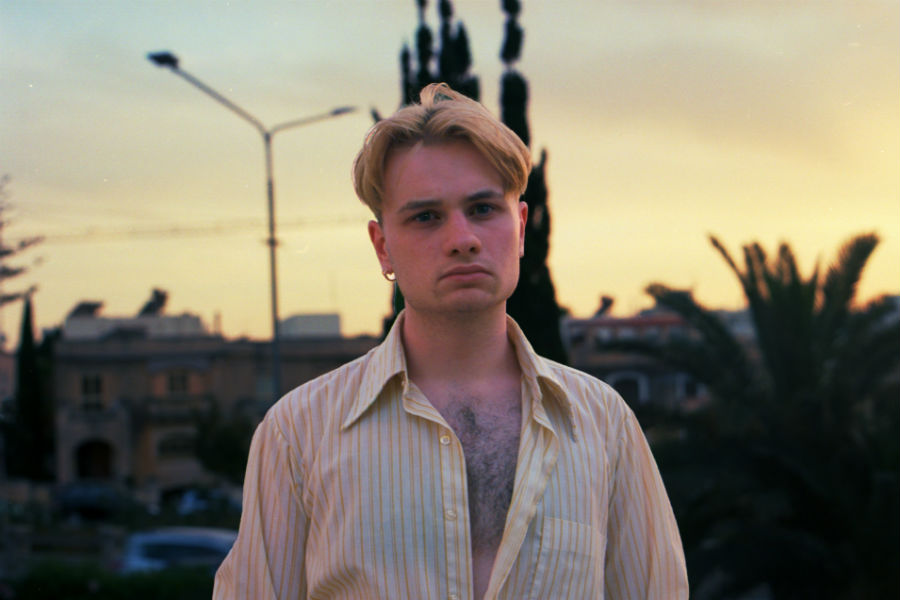 Influenced by early dance music and Italo disco, the EP evokes being in a sweaty gay nightclub in places such as The Castro or in New York’s Danceteria Club at the turn of the 1980s. This combined with contemporary lyrics on sexuality and heartbreak create a record that looks to the past with a lyrical eye on the modern queer male experience.

‘Painkiller’ follows ‘Swallow Your Doubt’ a more new wave inspired EP released last year to positive reviews. ‘Painkiller’ was written and produced entirely by Faulkner, a visual artist by trade who also designed its album artwork. It includes a feature from indie pop musician GMG (Niamh Goucher) who lends spice to her verse on the second track ‘Crush’.

Faulkner spent last year improving his musical skills as well as spending time creating colourful music videos for his last EP and creating visuals for fellow Irish queer artist, Jack Rua. He has also started gigging and has performed across Dublin (Workmans, Sin E) as well as at  some of Irelands best homegrown queer nights such as Glitterhole and Avoca’s Queer Cabaret.

Now on his third EP, Faulkner is hopping to continue to make PureGrand a DIY audio visual experience, with music videos planned to accompany ‘Painkiller’ and hopes to continue to be a queer pop musician not afraid to be outspoken, uncompromising in his vision and willing to offer something original and unashamedly camp.